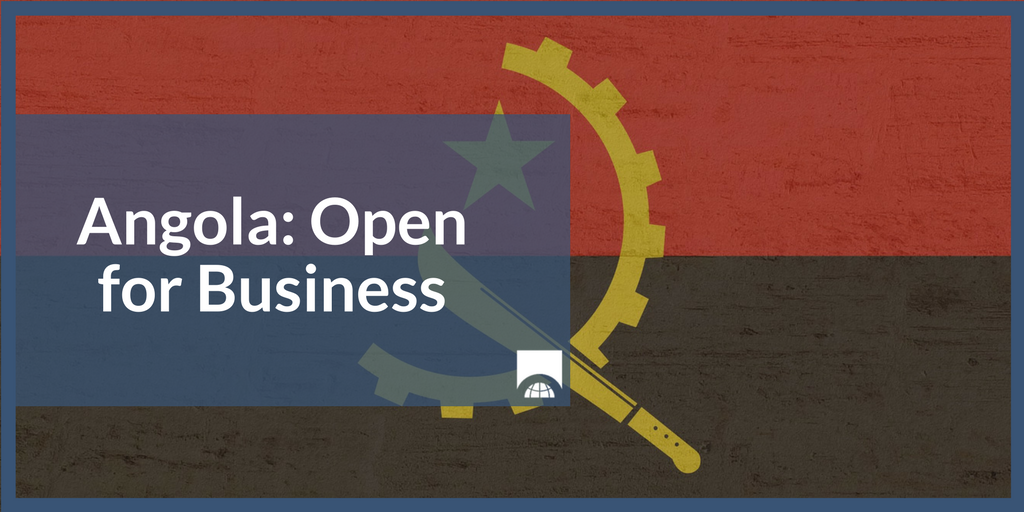 Angola, a middle-income country with the third largest economy in sub-Saharan Africa, is using the recent election of President João Lourenço as an opportunity to set a new course, one that his administration hopes will strengthen the country’s institutions and attract the kind of foreign investment that will spur economic growth and contribute to the diversification of the economy.

Long viewed as one of the most difficult places to do business, the challenges facing this USD 124 billion economy are significant. The World Bank ranked Angola 175 out of 190 economies in the ease of doing business in 2017, up from 182 in 2016. Moreover, Angola continues to grapple with the drop in the global oil market and the attendant loss of foreign exchange which curbed economic growth, increased public debt, and limited national investment in key economic sectors. However, the resolve President Lourenço has demonstrated during his first months in office to tackle the issues that have impeded economic development, which include addressing corruption and enacting regulatory reforms, bodes well for Angola’s prospects. Geographically privileged with a beautiful coast line, rich forests, and an abundance of water and other natural resources, this is a nation poised to prosper. Getting this right is its new President’s mission.

In his September 2017 inaugural address, President Lourenço ranked the United States first on his list of key strategic partners, calling on the U.S. private sector to assist in the transformation of the Angolan economy through increased bilateral trade and investment. Angola already has a significant U.S. private sector presence, particularly in the oil sector. Angola currently outranks Nigeria as Africa’s largest oil producer with production levels of about 1.6 million barrels per day.

Other international players in the oil sector include France, Italy, and Norway.  Another strong economic partner is China. Angola has benefitted from substantial levels of Chinese financing, most of it tied to oil and to large infrastructure projects. Portugal and Brazil are also important economic players. Relations with Portugal, the former colonial power, are currently strained as a result of an ongoing corruption case against former Vice President Manuel Vincente. Brazil recently announced 1.6 billion dollars in financing to promote trade and investment between the two countries.

Angola is focused on reducing its dependence on oil through the diversification of its economy. The country has a significant base of mineral and agricultural wealth. It is the third largest producer of diamonds in Africa and has gold, cobalt, manganese, and copper, as well as natural gas reserves that have yet to be fully developed. Perhaps its greatest resource is its potential in the area of agriculture. During colonial times, it was self-sufficient in most major food crops. Its principal exports included coffee, maize, and cotton. Recent investments in agriculture assisted small-holder farmers with the production of goods for local consumption. Larger agricultural investments have resulted in modest exports of fruits regionally and the start of coffee exports to the United States.

Once Angola’s 27-year civil war ended in 2002, a fair amount of infrastructure helped repair the country’s principal roads and railways, restore power services from large electrical dams, and build a network of airports across the country. The city of Luanda and its suburbs also benefited from significant infrastructure development. The modern buildings which now make up the Luanda skyline, along with the palm tree lined waterfront avenues, give the city a “Miami” feel. A large international airport to rival OR Tambo in Johannesburg is nearing completion. Efforts to rebuild the health and education sectors produced a limited network of hospitals, health units, and schools to include several universities.

However, large scale corruption and a centralized economy have thus far limited the range and effectiveness of these development efforts. There is still much to be done to build the necessary infrastructure to support an economy in the process of diversification. Continued infrastructure development opportunities are most obvious in the areas of public transport, port rehabilitation, energy and power, telecommunications, mining, natural gas, and in creating national oil refining capacity.

The Reforms So Far

President Lourenço began the effort to restore investor confidence by tackling corruption and nepotism head-on through a series of dismissals and re-structuring efforts that attracted considerable international attention. Lourenço dismantled a series of monopolies in the industrial and media space controlled by members of the former president’s family. He also dismissed the former president’s daughter, Isabel dos Santos, as head of Sonangol, the state-owned oil company, and removed dos Santos’ son from his position as Chair of the Sovereign Wealth Fund. New boards were put in place and charged with developing plans to improve operations and accountability. Investigations into the management of both the oil company and the Sovereign Wealth Fund are ongoing.

The Lourenço administration is also focused on developing a policy framework to implement measures to overcome past failures and to promote investment and economic diversification. Sectors prioritized for investment under the new framework include: food and agro-industry; forestry; textiles and apparel, tourism; public works and infrastructure, telecommunications and information technologies; energy; and health.

A draft investment law currently under review in parliament represents a major departure from past legislation in this area. The proposed law recognizes that prospective investors need a regulatory environment that guarantees contract enforcement and the repatriation of earnings. Under the proposed law, foreign investors will no longer be required to take on a local partner and offer a 35 percent stake in the company’s capital. It also provides improved fiscal incentives, reduces taxation levels, and guarantees the repatriation profits. Additionally, a new competition law would create a competition regulatory authority to ensure that sound competition practices in the award of contracts.

In addition to the legal framework, the newly created Agency for Private Investment and Export Promotion (AIPEX) will facilitate investment and export processes. A series of measures are in development to expedite the issuance of tourist and business visas, a historically difficult process that has long been a major complaint from international companies. Angola abolished the visitor visa requirement for citizens from countries in the region, and as of March 30, 2018, it will begin issuing tourism visas on arrival at the airport to citizens from 61 countries, including the United States, China, and the European Union.

Notwithstanding these promising reforms, Angola still has challenges to doing business. Its bureaucracy is cumbersome and access to information is still difficult. This should ease once the AIPEX structure is up and running as the intent is to have this institution serve as a one-stop-shop for investors. Since the drop in oil prices in 2015, an acute shortage of foreign exchange, compounded by the loss of correspondent banking relationships for dollar transactions further challenged the business climate. As a result, foreign investors have had difficulties in repatriating earnings. However, there has been progress over the past months as the government worked with the private sector to improve foreign exchange allocation. There is also an ongoing effort in banking supervision to restore confidence in Angola’s banks so that U.S. dollars can start flowing again with correspondent banking services restored. As part of its macroeconomic stabilization plan, Angola is gradually devaluing the Kwanza and planning a second issuance of Eurobonds this year of around USD 2 billion. Its first issuance in November 2015 raised USD 1.5 billion through a syndicate of banks led by Goldman Sachs International which included German’s Deutsche Bank and China’s ICBC International.

The International Monetary Fund’s preliminary findings during Article IV consultations recently concluded in Luanda recognized the government’s effort to improve the investment climate and revised growth forecasts for 2018 upwards from 1.6 to 2.2 percent. While the projections are moderate, it is nevertheless an indication the economy is undergoing a mild recovery and that the elements to drive further economic growth are being put in place. Further progress will depend on the government’s political commitment to continued reform, favorable oil prices, and the implementation of other initiatives to promote macro-economic stability.

As reforms continue, Angola’s attractiveness as an investment destination will grow. Investors with medium to long term views and with previous experience working in Africa are likely best suited for early entry into this market. However, the ongoing systematic reform coupled with the President’s commitment to promote increased commercial activity, warrant that prospective investors consider opportunities now.