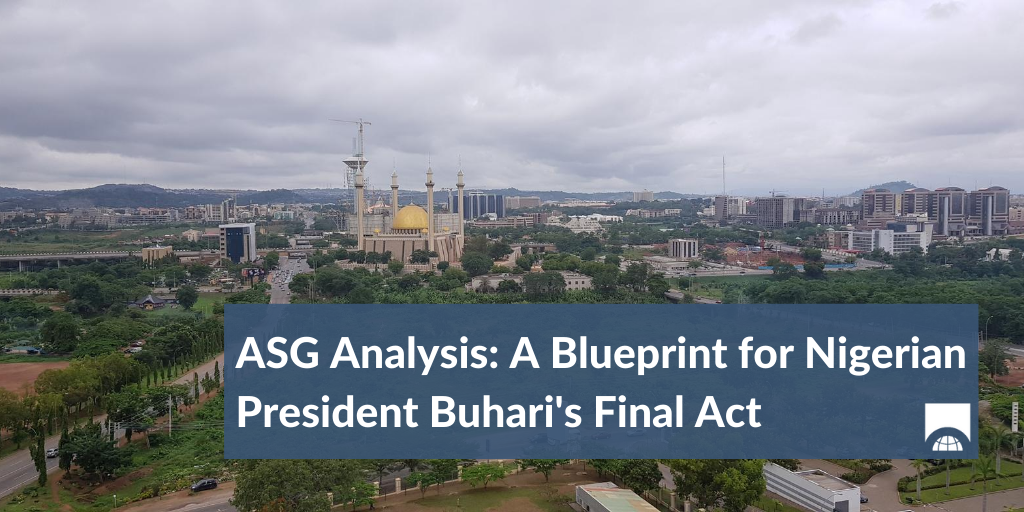 PMB came to power in May 2015, after a historic electoral victory that ended the 16-year hegemonic rule of the People’s Democratic Party. Nigerians were drawn to his promises to revamp the economy,  improve governance, and reduce insecurity and violence across the country at a time when economic inequality and government corruption were at all-time highs and Boko Haram, with its base in Nigeria’s northeast, had become the world’s deadliest terrorist organization. Five years later, PMB’s record on the economy, governance, and security is mixed – at best. PMB’s administration has enacted some worthy reforms, including establishment of a Treasury Single Account and signing on to the Africa Continental Free Trade Agreement (AfCFTA). However, PMB’s government has delayed other politically difficult reforms including exchange rate unification and final passage of the 12-year-old Petroleum Industry Bill, although the Bill is to be considered following the current National Assembly recess. If PMB is to be remembered as the reformer who placed Nigeria on a path toward political maturity and economic prosperity, he will need to commit to sweeping and well-timed economic and structural reforms that unlock change and redefine Nigeria’s political settlement.

Nigeria is Africa’s largest economy, but has struggled to fully recover from the economic recession that set the tone for PMB’s first term. Nigeria experienced five straight quarters of economic decline between Q1 2016 and Q1 2017. Under Vice President Yemi Osinbajo’s watchful eye and thanks to bold steps he took as Acting President while PMB was on medical leave, the economy bounced back to positive, although slow growth in mid-2017. Nigeria has averaged 1.87 percent economic growth since the end of the recession in 2017, underperforming the country’s 2.6 percent population growth rate and the 7 percent target growth rate set in PMB’s Economic Recovery and Growth Plan (ERGP), which expires this year.

Covid-19 now threatens to erase the economic gains made under PMB, as the slowdown exposes Nigeria’s frail economic backbone. Nigeria is a highly informal and consumer-driven economy, where 65 percent of GDP is dependent on the recycling of petrodollars. The government depends on crude exports for 90 percent of its foreign exchange earnings and about half of its revenues. Not surprisingly, the double whammy of the drop in oil prices due to oversupply and stalled OPEC+ talks in early March combined with reductions in global energy demand due to Covid-19 has drained government coffers. The IMF projects a 5.4 percent economic contraction in 2020 and government revenues could drop by up to $26.5 billion.  The Nigerian Bureau of Statistics’ (NBS) Q2 2020 GDP Report, released in late August, revealed a 6.1 percent year-on-year economic contraction in Q2 2020. Inflation also rose to a 27-month high of 12.82 percent in August 2020, and the government expects the economy to slow further in Q3, officially putting Nigeria in recession. Those on Nigeria’s economic margins – especially women, workers in the informal economy, and the 27.1 percent of Nigeria’s labor force who are unemployed -- will be most acutely affected.

Crises often provide opportunities to redefine status quos and address inefficiencies, including in Nigeria, a country held together by sticky elite bargains. As PMB begins the final act of his presidency, there are a few politically difficult but necessary reforms that could consolidate his legacy.

In March 2020, as Covid-19 began to affect the economy, PMB once again tasked Vice President Osinbajo with planning economic recovery. Following a consultative process that crowded in policy prescriptions from strategic partners including the World Bank and IMF, the government unveiled the NESP -- a one-year plan for disbursing Nigeria’s historic $6.3 billion economic stimulus package. The Plan details fiscal and monetary measures aimed at maximizing government revenues and de-risking local production; investments in priority sectors including agriculture, healthcare, and renewable energy; and an expansion of Nigeria’s social register, among other initiatives. Like many of its predecessors, this current economic blueprint is a well-thought-out document that has the potential to be transformative for the country.

The Plan will not achieve its aims without robust and coordinated implementation, especially given its short implementation runway. NESP’s implementation framework places responsibility for follow-through on the plan’s targets with ministers in the federal cabinet. PMB’s cabinet is a mix of both political and technocratic actors – and it is likely that the technical capacity to innovate, deliver, and drive necessary partnerships may be lacking at key ministries. PMB, who places a premium on loyalty, has been reluctant to shake up his cabinet over the past five years, even when key actors have underperformed expectations. To lay the foundation for economic recovery, technical capacity must be prioritized over politics, especially if it becomes clear that ministers are failing to meet key NESP targets. Innovation could be leveraged to accelerate progress on the Plan, especially if the government speeds the roll-out of mobile money to disburse stimulus funds to individuals at the base of the pyramid and to SMEs in the informal sector. This would require temperance of historically heavy-handed Central Bank of Nigeria (CBN) regulation, which has protected nationalistic and powerful traditional banking interests in Nigeria’s financial sector.

Foreign capital is necessary to deliver a better economic future for Nigeria. However, in the past few years, an unorthodox monetary policy regime has pushed investors to seek alternative frontier economies in Africa. With foreign exchange reserves down to $35.54 billion, a 33.41 percent year-on-year decline in foreign direct investment, and a 91.4 percent year-on-year decline in foreign portfolio investments in Q2 2020, Nigeria can no longer afford the macroeconomic policy incoherence that has come to be associated with this government.

The Buhari administration can boost investor confidence by following through on current efforts to end Nigeria’s multiple exchange rate system and reconsidering other protectionist policies that distort the market and enable the government to choose winners. These include current land border closures, tariff barriers, and foreign exchange controls. The government would send strong positive signals if it addresses Nigeria’s rising debt burden by taking politically difficult action to improve domestic revenue generation. Fitch Rating projects a 30.7 percent debt-to-GDP ratio for Nigeria in 2020. The country cannot continue to borrow to fix its problems. Greater transparency in public debt management will signal strong control of the economy to investors, staving off capital flight and financial market volatility.

Nigeria has never achieved true federalism. States remain overwhelmingly dependent on the central government for resources, development, and service provision. According to BudgIT’s 2019 State of States Report released in October 2019, only four of Nigeria’s 36 states (Lagos, Rivers, Akwa Ibom, and Kano) are fiscally sustainable. Lagos alone generates more internally generated revenue than 20 states combined. Control over federal resources is one of the reasons national politics in Nigeria is such a zero-sum game. State administrators have looked to Abuja to fix all of their problems.

Nigeria’s social contract, which is a remnant of the military juntas of the 1980s and 1990s, needs a total overhaul. Military regimes extracted loyalty from Nigerian citizens through a series of rents and handouts that continue to bleed state coffers today. Examples include petroleum subsides for urban dwellers, an overvalued currency for the business and economic elite, and subsidized fertilizers for rural farmers.  Nigeria’s bloated government bureaucracy is another dimension of this phenomenon. Non-debt recurrent expenditures, made up mostly of salaries, are expected to take up 45 percent of Nigeria’s revised 2020 budget. Excessive and corrupt military spending is also a continuing issue. Under new economic realities, Nigeria cannot afford these unnecessary “handouts.”

PMB has signaled that he may be willing to push through reforms that redefine the social contract and prioritize the most vulnerable: the government has expanded the social register by 1.1 million households since Covid-19 began, and surprised Nigeria watchers in early 2020 when it announced that it would end the petroleum subsidy which costs Nigeria between $2-3 billion each year. The CBN also appears to be laying the groundwork for further devaluation and a flexible exchange rate. However, there are reports that the World Bank is holding up its $1.5 billion loan to Nigeria over concerns that the government has not shown enough commitment to follow through with these reforms. PMB can further renegotiate government handouts that do not move Nigeria towards its socioeconomic and developmental goals. Redefining the social contract could also mean asking Nigeria’s business elite to pursue projects that advance national economic targets, along the lines of the example set by Africa richest man, Aliko Dangote, through his significant investment in the Lekki refinery project under construction in Lagos.

The reforms proposed will be hard and PMB will have to push against strong vested interests, including the interests of some of those who have been instrumental in his political success, to get these reforms through. However, as he looks to secure his legacy, PMB must remember that Nigerians elected him in 2015 to do hard things

Nigeria’s economic crisis and the Buhari government’s position poses several risks for investors across the board -- from large corporations with interests in the market to social sector actors seeking to accelerate development. However, it also opens up potential opportunities for investors who take a long-term view. As they seek to navigate Nigeria, support inclusive recovery, and capture value over the next few months, investors should: