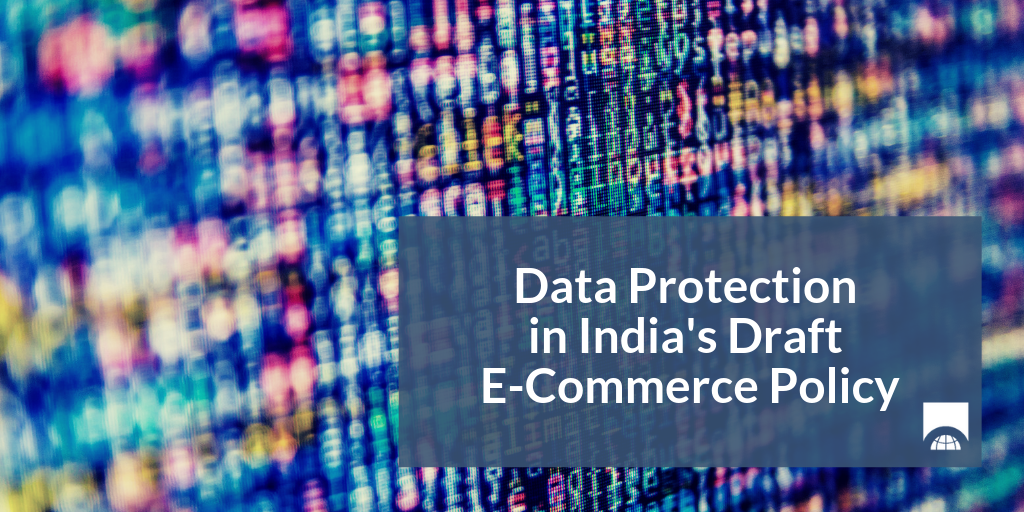 In parallel, India’s Ministry of Electronics and Information Technology (MeitY) is developing a cross-sector data protection bill, likely to be submitted in Parliament after the country’s May general election (see ASG’s analysis of the draft bill).

The draft e-commerce policy presents new potential challenges for companies that have been tracking India’s moves toward a data protection regime. First, language in the draft policy suggests it may apply much more broadly than just to India’s e-commerce space. Additionally, consistent with the spirit of MeitY’s cross-sector draft bill, the draft e-commerce policy imposes several obligations related to cross-border data flow. Further, in relation to these obligations, certain details appear to differ between the two documents; whether and how those differences will be resolved is unclear. The draft policy also suggests businesses should share data with the government and Indian competitors.

Businesses seeking to address challenges that the draft policy poses should consider robust and timely engagement with key stakeholders.

— First, by acknowledging that sensitive data can leave India, it suggests that the policy does not call for the prohibition discussed above, unless of course Section 1.2 is meant to apply only until the aforementioned three-year clock runs out (which is unclear).

— Second, Section 1.2 does not define “sensitive data.” MeitY’s cross-sector draft bill defines “sensitive personal data” but also identifies a separate category called “critical data,” both with significant and different implications for cross-border data flow. It is unclear if Section 1.2 intends to refer to one of these categories, and if so, which one. It arguably refers to the former, given the use of the term “sensitive,” but the draft e-commerce policy nowhere mentions “critical data,” potentially signaling conflation.

— Fourth, Section 1.2 requires that companies comply “immediately” with requests from the Indian government for access to sensitive data stored outside India. The precise meaning of “immediately” is unclear. Clarity here is critical because compliance can take time no matter how willing the company is. However, potentially providing some relief to businesses, this requirement (by demanding access to data stored abroad) appears to implicitly acknowledge that data – or even its copy – need not be stored in India to meet the government’s law enforcement goals.