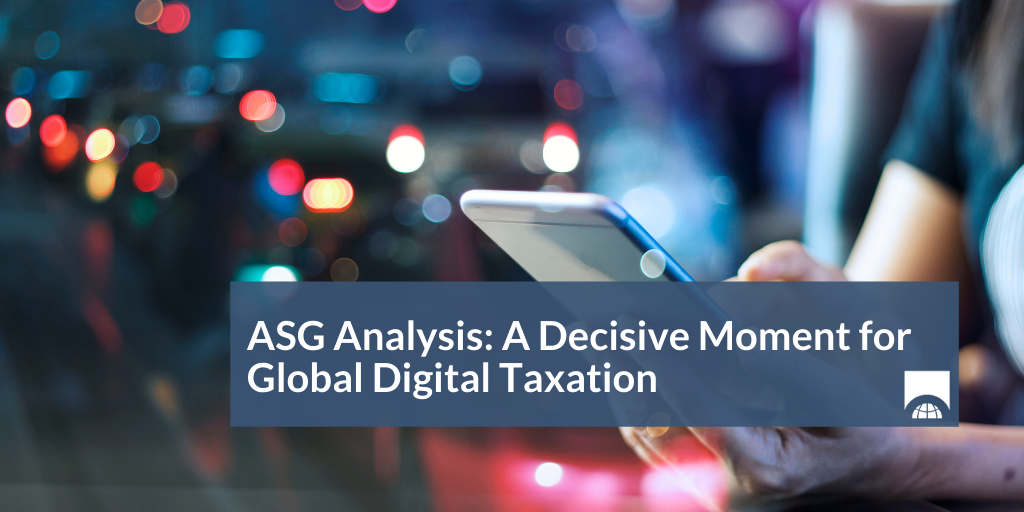 Countries seeking to develop a digital tax regime have long looked for guidance from the OECD, which aimed to standardize how digital service companies are taxed around the world under its Base Erosion and Profit Shifting (BEPS) framework. Conversations at the OECD stalled when the United States walked away from negotiations in June 2020, but the Biden administration has since expressed a willingness to reengage, dropping a significant U.S. demand that would have allowed companies to opt out of an eventual global agreement. Still, many countries have begun developing or have already implemented their own unilateral digital tax frameworks. Some developing countries also argue that an OECD-led process denies emerging markets a voice at the negotiating table and have advocated instead for discussions at the UN or other fora.

Although U.S. Secretary of the Treasury Janet Yellen is likely to restart negotiations with the OECD and has openly supported a global minimum tax, her position remains somewhat complex. She has told Congress that digital taxes in some jurisdictions unfairly target U.S. companies, indicating fundamental tension between the U.S.’ desire to create a multilateral framework and its reluctance to see large U.S. technology platforms face increased tax burdens outside of the U.S. The extent of the Biden administration’s cooperation will go a long way to determining the future of a multilateral approach, and in turn, the future of the current patchwork of unilateral digital tax regimes around the world.

The most immediate and significant factor impacting future digital services taxes is governments’ need to cover large budget shortfalls caused by the pandemic. Economies across East Asia & the Pacific experienced GDP contractions in 2020, creating large budget holes that have so far been largely funded by external debt.

Private sector actors should continue to monitor the scope of new unilateral tax regimes and their alignment with ongoing conversations at the OECD. Notably, Indonesian Minister of Finance Sri Mulyani has indicated that Indonesia is open to joining an OECD multilateral digital tax agreement. Companies from advanced digital economies, such as Korea and Japan, have raised concerns that evolving unilateral digital tax regimes could negatively limit their ability to export digital goods and services to Southeast Asia and beyond, demonstrating the appeal of a possible multilateral framework.

Australia’s highly public fight with Facebook and Google over proposed legislation requiring digital media platforms to pay news companies for their content previews the potential private sector-government confrontations that may stem from increased regulation and taxation, and is an example of the strong stances governments are willing to take on these issues. The fallout also underscores the broad political popularity of measures such as Australia’s.

Many MENA countries have already indirectly adopted digital services taxes as part of value-added tax (VAT) regimes. The UAE and Saudi Arabia introduced a 5 percent VAT based on a Gulf Cooperation Council (GCC)-wide framework in 2018. Bahrain followed suit the following year. Saudi Arabia has since tripled its VAT to 15 percent as part of austerity measures introduced in response to the Covid-19 pandemic. Oman will implement a 5 percent VAT starting April 16. These VAT regimes apply to all electronically supplied services (ESS) that are used in-country, regardless of where the supplier is located. Some North African countries such as Algeria have also imposed VAT on foreign electronic services, and Israel is reviewing a proposal for a similar VAT on foreign digital services. Despite their obvious similarities, these VAT regimes vary widely in how they define digital services, requiring a country-by-country approach to compliance.

Signs point to growing interest across the region, especially the Gulf, in more direct digital services taxes, but no country has yet adopted such measures. Saudi Arabia, which is keen to position itself as a regional leader on technology policy issues as part of its Vision 2030 reforms, held discussions and workshops among key regulators and ministries to draft a European-style digital tax but put these efforts on hold in light of the Trump administration’s negative response to France’s digital tax policies. The Saudis are reportedly waiting on the OECD to reach a consensus on digital taxation – or at least on the EU to go first – to avoid potential backlash from Washington. In 2019, Egypt indicated that it was considering its own tax on social media and digital advertising, but there have been no updates since then, which suggests that the government has put the idea on hold or abandoned it altogether.

We expect digital taxation efforts to gather momentum across the region in the coming years. The Gulf countries, in particular, are eager to bring their technology policies up to European standards and to find new sources of revenue to offset the impact of the pandemic and low oil demand on their finances. Technology companies operating in the region should anticipate uncertainty surrounding these efforts, as regulators struggle to develop new policies and simultaneously build the required legal and technical expertise to implement them, and should take proactive steps to build relationships with these regulators and position themselves as partners and thought leaders. Companies should also expect potential efforts by regional governments to interpret existing tax laws more broadly and expand their application to include digital services.

The government of India introduced India’s version of a digital services tax, the equalization levy (EL), in the Finance Act, 2016. The EL was supposed to address the government’s concerns that foreign online commerce companies were not paying their fair share of tax on digital transactions in India despite their significant operations in the country. At the time, the EL was limited only to foreign digital platforms that hosted advertisements. In April 2020, however, the Parliament passed the Finance Act, 2020, which expanded the ambit of the EL to nearly all online commerce conducted by foreign businesses in India, including by those that do not have an otherwise taxable presence locally and by any businesses using the data of Indian citizens.

India has not been moved by outside industry and government pressure for a rollback of the 2020 EL or even calls for clarifications. We expect the government to maintain this position, although last week the government did say that the EL will not apply to foreign e-commerce companies that provide their goods or services through a permanent Indian entity or that pay income tax in India.

Around the same time as that announcement, the U.S. Trade Representative proposed retaliatory tariffs of up to 25 percent ad valorem on an aggregate level of trade, arguing that the EL is, among other things, discriminatory against U.S. companies. The tariff would collect duties on goods of India in the range of the amount of tax that India is expected to collect from U.S. e-commerce companies, which the USTR estimates as up to approximately $55 million per year. The Indian government’s response to the USTR report reiterated its earlier defense of the 2020 EL; that the DST is not discriminatory and only seeks to ensure a level playing field between entities residing in India and those that do not have a permanent establishment in the country.

We expect continued pressure on this matter from industry and foreign governments; given their footprint in India, U.S. companies will certainly be affected by the regulation. India’s position is that until OECD negotiations over digital taxes are successfully concluded, it is entitled to impose an equalization levy. Crucially, if a consensus is reached pursuant to the OECD negotiations, we could expect to see some movement on the current EL from the Indian government.

From a tax liability standpoint, it is also important to note that the government’s recent Information Technology (Intermediary Guidelines and Digital Media Ethics Code) Rules, 2021, which regulate digital news media and over-the-top (OTT) streaming platforms, could have unintended tax consequences for technology companies. The new rules require intermediaries to employ resident officers in India, which could constitute a presence in India and create a tax liability.

Tensions between the U.S. and EU on digital taxation escalated last summer when the Trump administration withdrew from OECD talks after demanding that U.S. companies be excluded from any future tax scheme. Given those circumstances and dimming prospects for a multilateral deal, the EU announced at the time that it would tentatively move ahead with its own bloc-wide digital tax by releasing a formal legislative proposal in June 2021, with plans to implement the new rules by 2023 should OECD talks continue to flounder. However, details of the proposal have yet to be released and the timeline is purposely drawn out to accommodate the OECD process.

Meanwhile, in the face of no guidance from the EU or OECD, numerous EU member states have introduced their own tax schemes: Austria, France, Hungary, Italy, Poland, Spain, Turkey, and the UK have fully implemented a domestic digital services tax, while Belgium, the Czech Republic, and Slovakia have published legislative proposals that we expect to be enacted. Many of these member states have indicated a willingness to adjust their laws to mirror any future overarching scheme should a multilateral agreement materialize.

Many U.S. companies have faced criticism for “storing” profits in corporate-friendly countries like Ireland to evade higher tax rates in countries like France.  In recent years France, known for having some of Europe’s highest tax rates and its widest reaching digital services tax, has cracked down on U.S. tech companies it alleges to have under-declared profits. The strategy has worked in part; several major U.S. tech companies have paid hundreds of millions of euros in back taxes and penalties since 2018.

While some member states have indicated an openness to any OECD deal, France and others have expressed concerns that such a deal may not go as far as their domestic rules, potentially reducing their tax revenue. A main challenge to multilateral cooperation will be whether the Biden administration and EU can convince France and others concerned about softening already-strict existing regimes to agree to a global multilateral framework.