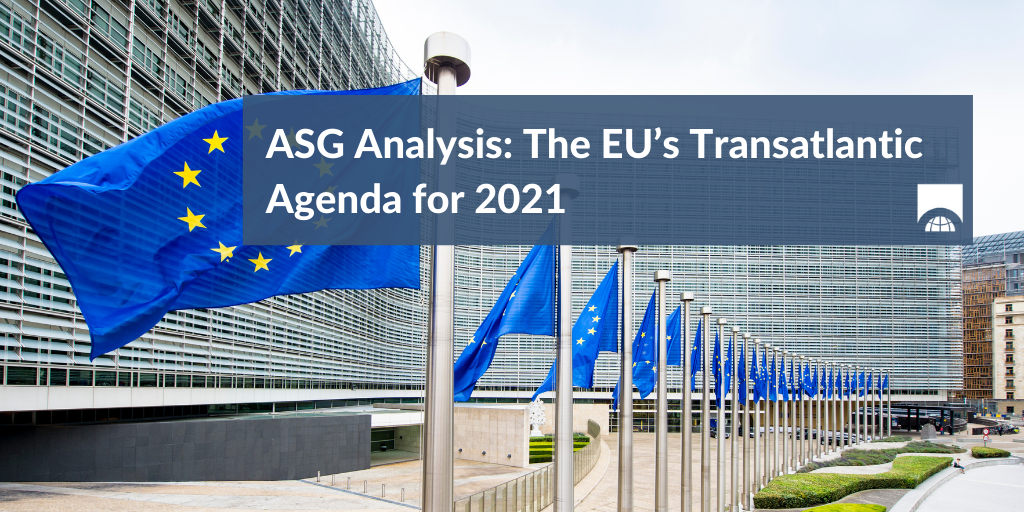 As an overture to the new Biden administration, the European Commission on December 2 released “A new EU-US agenda for global change” calling for renewed transatlantic cooperation based on common interests and values and rooted in multilateral action and institutions. On December 7 the European Council of member states similarly released its “Council conclusions on European Union – United States relations”.

The Commission’s proposal for cooperation is intended as an EU policy statement and is not a binding instrument. It is a strong indicator, however, of how the EU aims to cooperate with the Biden administration while also pushing its own objectives. The EU emphasizes its intention to be an equal partner in the transatlantic relationship and its desire to continue building its own strategic autonomy and capabilities independent of the U.S. This is especially true on the issue of technology, as the EU has already proved willing to regulate big tech and intends to continue reigning in U.S.-based internet giants. The EU also outlined its willingness to take a greater share of the burden in defense cooperation and to align its defense priorities with those of NATO.

The policy paper fails to outline concrete steps to reset cooperation between the EU and U.S. and overcome differences between the two. It will be difficult, for example, to find common ground in the proposed Transatlantic Trade and Technology Council on issues such as digital taxes, data privacy, and regulation of big tech. While President-elect Biden will likely be more willing than his predecessor to collaborate with the EU on these issues, the new administration has made clear that Covid-19 and economic recovery are greater priorities than regulating tech. Cooperation might be further hampered by partisan politics in Congress, driven by historical opposition to regulating tech giants as aggressively as Brussels and a reluctance to give up the income from big tech that would come from rewriting digital tax rules. That being said, the U.S. has become increasingly skeptical of big tech, though still not at the level Europe has, and issues such as 5G, cybersecurity, and challenging China’s digital rise should provide good stepping stones for wider cooperation.