ASG Analysis: New Rules for India's Internet and their Implications for Businesses 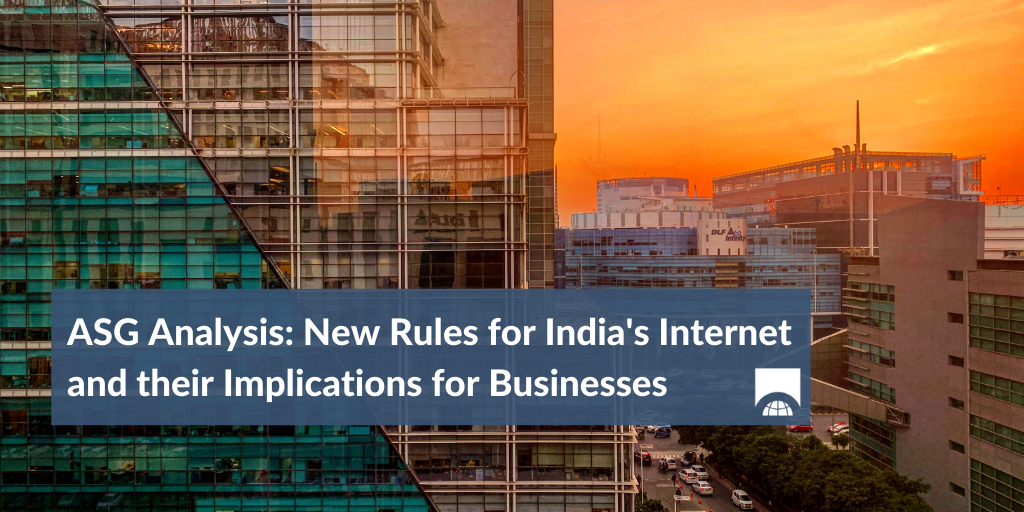 These three factors, along with the government’s public altercation with social media giant Twitter related to user accounts posting in support of the farmer protests, made the release of the guidelines increasingly likely.

Other enhanced compliance requirements for intermediaries include:

Additional compliance requirements for SSMIs include:

While the 2021 Guidelines have only recently been rolled out, they seem to be – in both spirit and in their process of adoption – an indication of an increasingly hardline and authoritative stance toward freedom of speech and expression, the technology sector in general, and the internet in particular. These patterns are likely to continue into the decision-making processes on other regulations currently under consideration, such as the Personal Data Protection Bill, a framework for Non-Personal Data, and proposed amendments to the IT Act.