ASG Analysis: Two Events to Watch in MENA in 2020 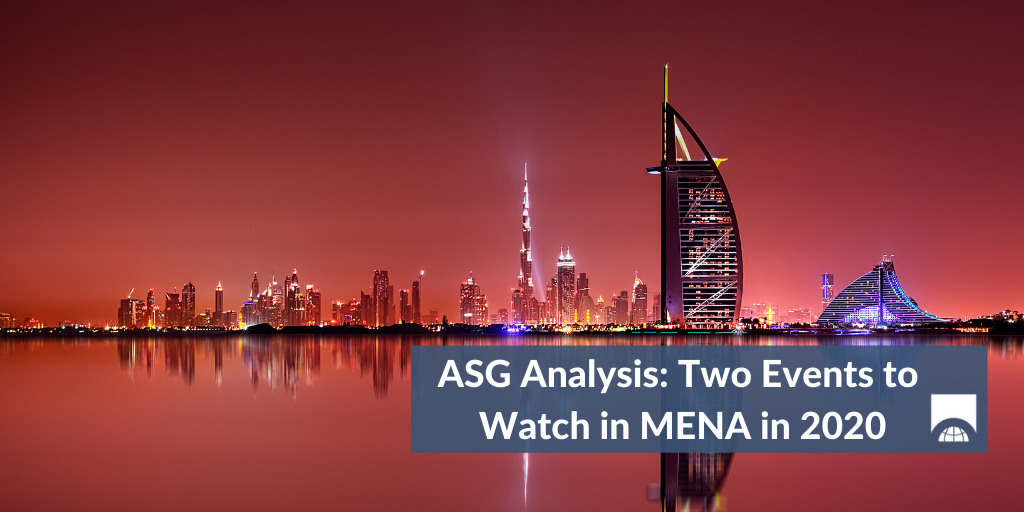 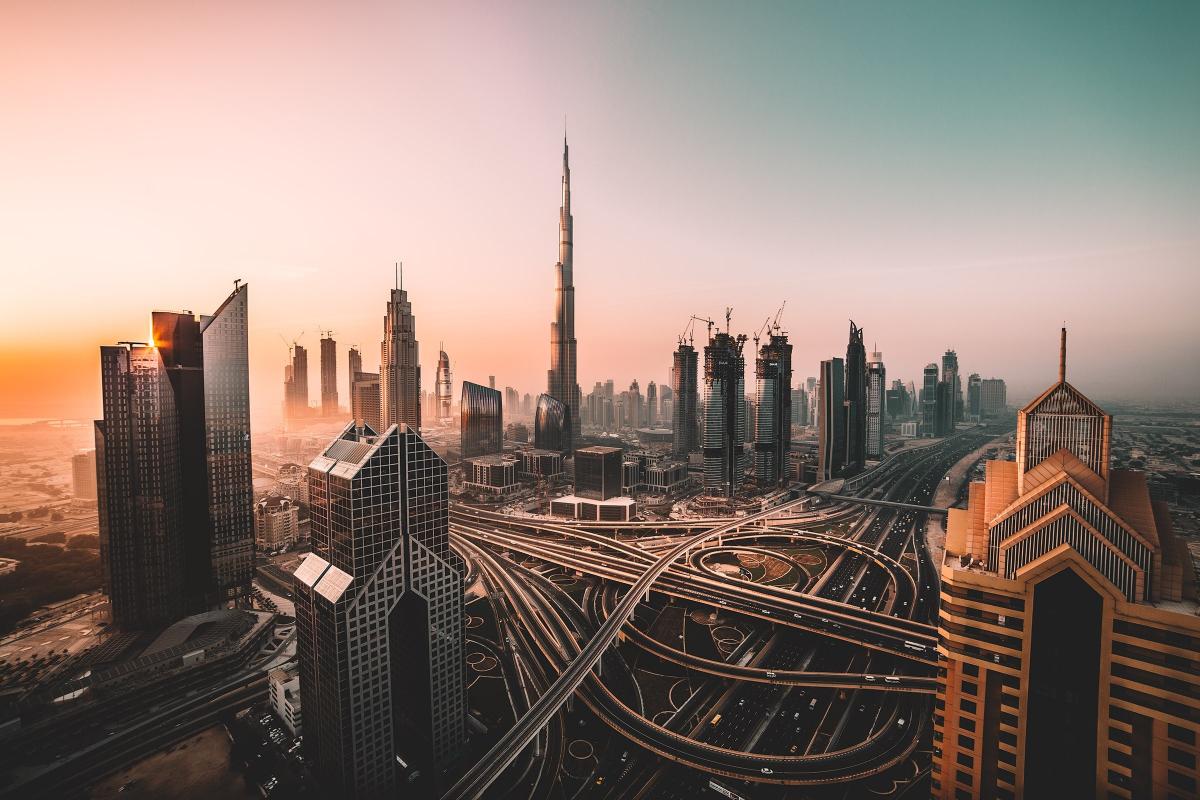 Dubai Expo 2020, a six-month world fair that has been billed as “the world’s greatest show,” kicks off in October. By the time it ends the following April, organizers hope to attract 25 million visitors (including 11 million foreigners) to Dubai and add at least $40 billion to the local economy. In preparation for Expo 2020, the Dubai government has invested more than $7 billion in new infrastructure, including the 200-foot Al Wasl Dome, a 250,000-square-foot Sustainability Pavilion covered in solar panels, and a new bridge and metro line connecting the city to the Expo site.

The longer-term success of Expo 2020 will depend on whether Dubai can parlay the Expo into major investments by foreign companies…and integrate the Expo site into its already saturated real estate market.

Higher government spending ahead of Expo 2020 is having a stimulus effect on the UAE economy. GDP growth was 1.6% last year, down marginally from 1.7% in 2018, but is forecasted to reach between 2.5 and 3% in 2020. Expo 2020 alone is expected to account for roughly half of this growth. The improving growth outlook for the overall economy, however, disguises underlying areas of weakness. The Dubai real estate market, for example, is down a third from its 2014 peak due in part to oversupply. The construction of thousands of new hotel rooms to accommodate Expo 2020 visitors may only exacerbate the supply problem.

The success of Expo 2020 in the near-term hinges on it meeting—or at least not significantly missing—its target of 25 million visitors. Although Dubai has seen great success with the build-it-and-they-will-come approach to tourism development, this is an ambitious goal even by Dubai standards and one that presumes a degree of macroeconomic and geopolitical stability over which Dubai has little control. A downturn in the global economy and/or significant escalation in tensions with Iran could deter visitors from coming.

The longer-term success of Expo 2020 will depend on whether Dubai can parlay the Expo into major investments by foreign companies, cement its reputation for only-in-Dubai entertainment and tourism experiences, and integrate the Expo site into its already saturated real estate market. In positioning the Expo as “the world’s greatest show,” Dubai runs the risk of placing more focus on entertainment than on driving long-term economic growth and innovation. Organizers point to a pledge by Siemens to open an office at the site as proof that the Expo will generate long-term commitments, but we will be watching whether other businesses follow suit over the coming year. 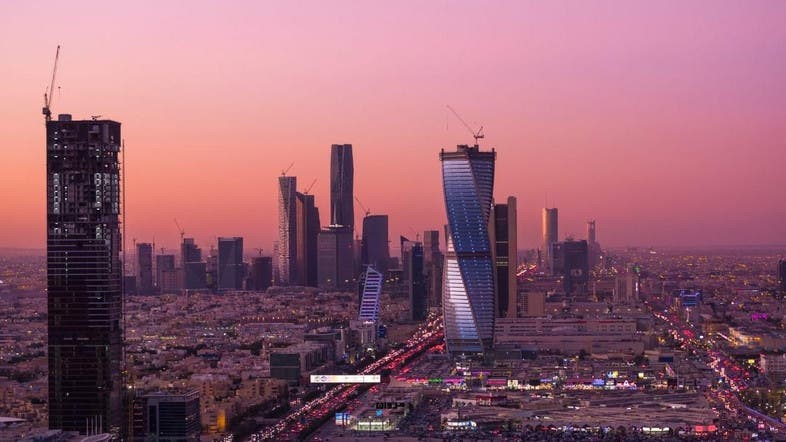 Saudi Arabia will host the 2020 G20 Leaders’ Summit in Riyadh from November 21-22. The Kingdom has been a member of the G20 since its creation in 1999, but this is its first time hosting the annual summit. Saudi Arabia expects the summit to bring more than 10,000 international delegates and media representatives to Riyadh in November. Workshops and engagement group meetings leading up to the summit are expected to attract a further 12,000 visitors to the city throughout the year. The Saudi investment company Jadwa estimates that the construction of new infrastructure for the summit and the expected uptick in visitors will contribute an additional 0.2% to GDP this year.

[T]he summit presents an opportunity for Saudi Arabia to raise its profile internationally, to refocus attention on its Vision 2030 program…and to move beyond the negative coverage that followed the killing of Washington Post journalist Jamal Khashoggi

Beyond its immediate economic impact, the summit presents an opportunity for Saudi Arabia to raise its profile internationall, to refocus attention on its Vision 2030 program of economic and social reforms, and to move beyond the negative coverage that followed the killing of Washinton Post journalist Jamal Khashoggi in October 2018. Although business has largely returned to normal in the Kingdom since Khashoggi’s murder—as evidenced by the decision of many top business leaders to attend the third annual Future Investment Initiative (FII) conference in Riyadh in October 2019 after skipping the conference the previous year—Saudi Arabia has not fully repaired the damage done to its reputation and its relations with the U.S. and other Western countries.

One risk for Saudi Arabia is that lingering reputational damage from the Khashoggi incident and broader concerns over its human rights record may overshadow the agenda of progress and development that the Kingdom plans to showcase at the G20. Major human rights organizations such as Amnesty International and Transparency International have already announced that they will boycott the civil society meetings planned as part of the G20. With human rights likely to remain a key issue for outside observers of the Kingdom, using the G20 to reframe Saudi Arabia’s role in the world will be no easy task.

The summit will also be a major test of the new tourist visa system unveiled in September 2019 and a chance for the Kingdom to showcase its new openness to the outside world. The new e-visa system allows visitors from 49 countries, including the U.S. and the EU, to obtain a visa on arrival. Female visitors will also no longer be required to wear the abaya in public, though they will still be instructed to “dress modestly.” The relaxation of the dress code continues a trend of liberalizing social reforms under Vision 2030. In the past year, the controversial guardianship system for Saudi women has been significantly scaled back, the requirement for gender-segregated entrances to public spaces has been repealed, and foreign unmarried men and women have been allowed to share hotel rooms.