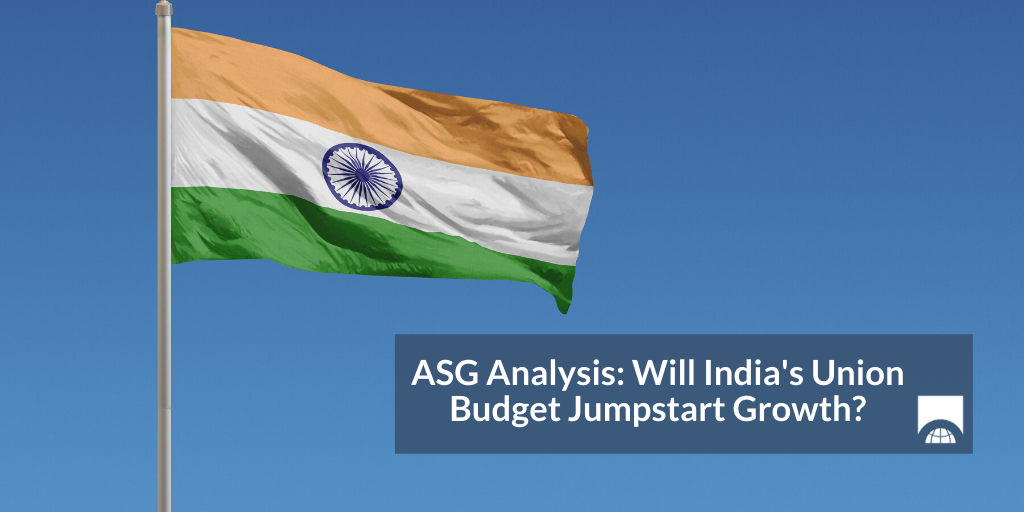 India’s Union Minister of Finance, Nirmala Sitharaman, presented the annual budget to Parliament on February 1, 2020. The announcement comes at a time when the Indian economy is showing signs of an economic slowdown with falling domestic consumption, a deceleration in manufacturing, lower government revenues, and declining rates of export growth.

Despite this background, the government chose to announce a measured plan to stimulate growth through structural reforms and a series of strategic initiatives intended to create long term wealth. The budget also underscored the government’s long-standing commitment to double the income of farmers by 2022. To this end, the government announced a 16-point action plan to boost agricultural exports, build efficient value chains for perishable commodities, and encourage states to carry out agri-marketing reforms.

This ASG Analysis summarizes the key reforms introduced in the Budget.

In December 2019, the Government announced infrastructure projects worth $1.4 trillion under the National Infrastructure Pipeline.

Focus on ‘Make in India’