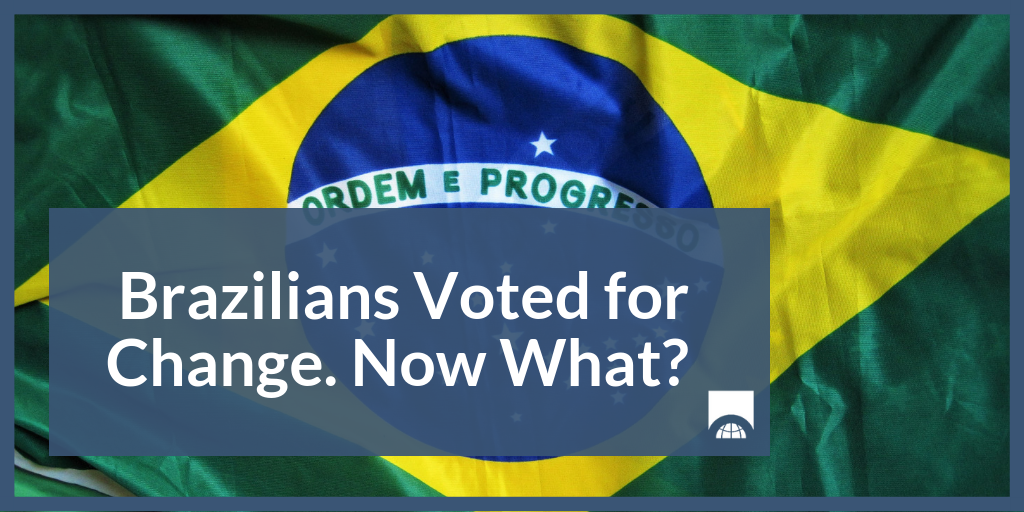 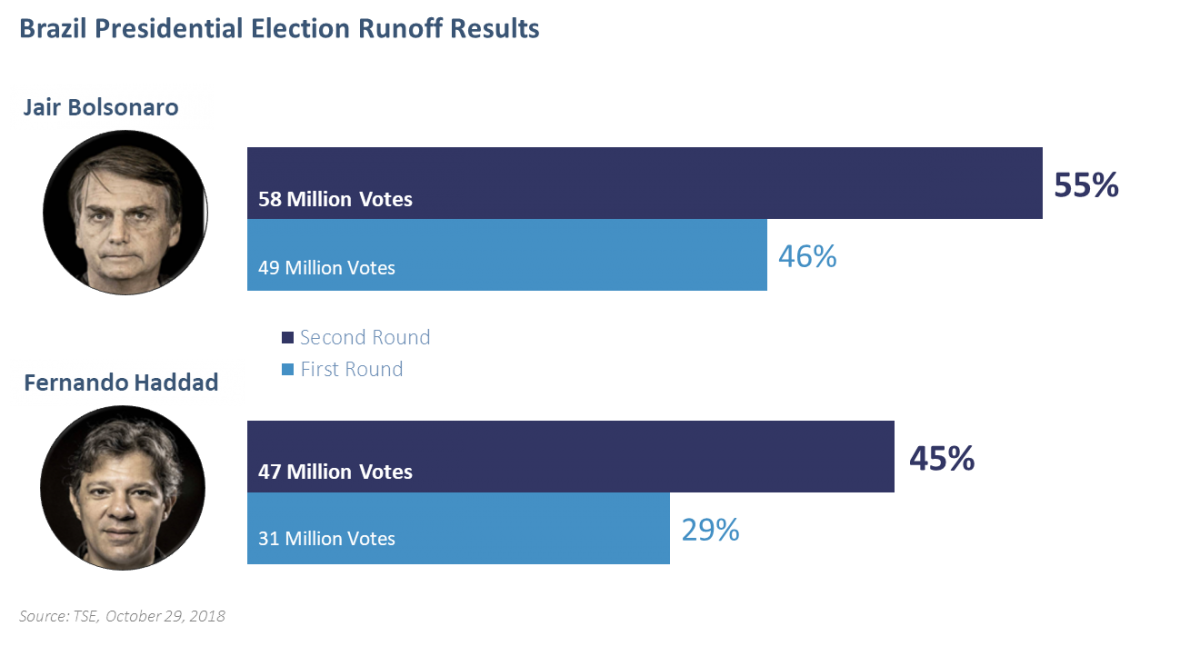 Note: This chart shows percentages of valid votes. While voting is mandatory in Brazil, a sizable percentage of voters abstained (21% or 31 million voters) or voted null/blank (10% or 10 million voters) in the second round.