ASG Co-Chair Madeleine Albright and the Aspen Ministers Forum: The Refugee Crisis is a Global Emergency 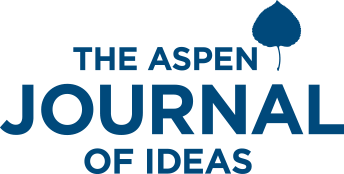 A Statement on the Refugee Crisis

By the Aspen Ministers Forum

The recent influx of hundreds of thousands of refugees into Europe underscores that the humanitarian crisis in the Middle East is not a regional problem, but a global emergency.

The roots of this crisis lie in the international community’s failure, over the course of more than four years, to stem the conflict in Syria or adequately assist the millions of people displaced by violence. As the situation on the ground worsens, it is past time for the international community to address these failures. While there are no simple solutions, we believe the following steps are urgently needed:

First, the United States and the European Union need to demonstrate leadership and accept more responsibility for managing the crisis. The chaos within Europe will continue until EU member states can implement a coherent, coordinated approach that significantly improves the treatment of refugees who arrive in Europe and facilitates their resettlement in an equitable way. With border states unable to handle the influx on their own, the European Union should mobilize its resources and coordinate with UNHCR and OSCE to help member states construct emergency facilities for screening, assistance, and registration. For its part, the United States cannot pressure its European allies and countries in the region to do more unless it significantly ramps up its own resettlement efforts. It should go beyond the measures already announced and commit to taking at least 100,000 Syrian refugees – an increase that will require more resources for processing but is well within the capacity of the United States to absorb.

Second, the international community must dramatically increase support for the millions of Syrian refugees in the neighboring states of Jordan, Lebanon, Turkey, and Iraq. The intolerable situation in these countries is, in part, what is motivating hundreds of thousands of Syrians to risk their lives by making the journey to Europe. With UN appeals for humanitarian aid only 38% funded, the plight of these refugees will worsen unless action is taken to provide for their long-term sustainment. The United States, already the leading donor for Syrian refugees, should press for an emergency meeting during the upcoming UN General Assembly and pressure its allies, particularly the Gulf States, to provide much greater support for this effort.

Finally, world leaders need to acknowledge that a resolution to the refugee crisis is not possible without addressing the underlying conflict in Syria. The United States and Europe need to seize this moment to revive the stalled political effort aimed at ending the civil war, while calling for more attention to the horrific violence being perpetrated against the Syrian people.

There needs to be a concerted diplomatic push and high-level talks that would bring together key regional players and the permanent members of the Security Council. As the Assad regime’s chief external backers, Iran and Russia should be urged to use their influence to end the horrific barrel bomb attacks by government forces. Syrian civilians are under constant threat from both the Assad regime and violent extremists, and the international community must do more to defend them – including through the creation of protected zones along Syria’s borders.

This crisis will not be resolved overnight.  Over the course of our diplomatic careers, we have learned that there are no quick fixes to the problems in the Middle East. But virtually everything that has been said about the Middle East was once said about the Balkans. Many of the passions that have split Syria and Iraq were on display just two decades ago in Bosnia and Kosovo. There were moments then when the problems seemed intractable and the obstacles to progress too great.  And yet, determined leaders in the United States and Europe helped force action that saved lives.

It would be naïve to expect that a solution in Syria will arrive soon or that, when it does take shape, it will be implemented quickly and without further pain.  Countries in the region need to do their part, but a solution will not come at all if the United States and Europe stand aside and wait for others to act. We must be resolute in upholding our own standards and values, and find a way to help Syrians move in the direction of the stability they need and the freedom they deserve.