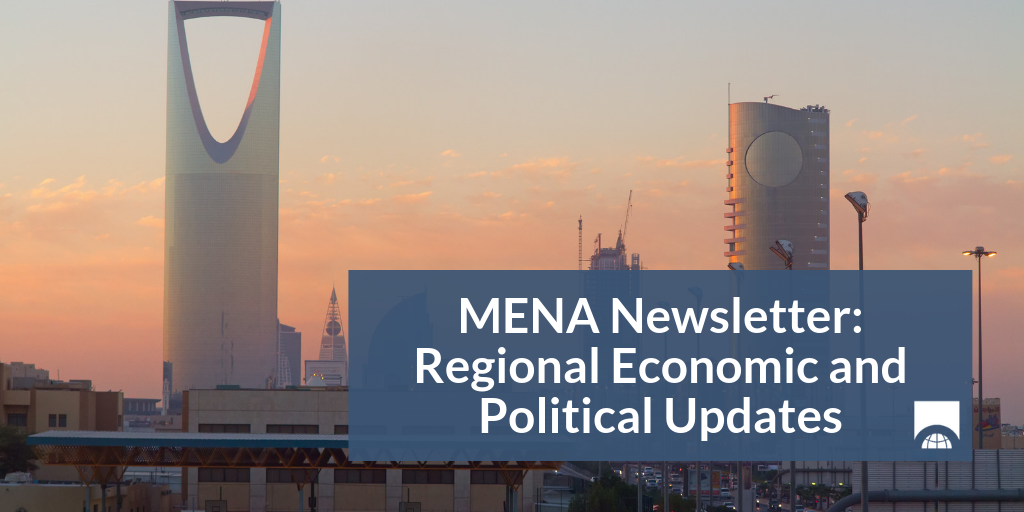 On March 18, the Saudi stock exchange, the Tadawul, made its debut on the FTSE Russell and S&P Dow Jones emerging markets indices. In May, the Kingdom will join the even more closely watched MSCI Emerging Markets Index. The Tadawul’s inclusion in global indices, which the Saudi government first announced last year, represents the continuation of efforts under Vision 2030 to liberalize capital markets and attract foreign investment.

Investors appear to be cautiously bullish about this latest move and about the Saudi stock market generally. Citing encouraging initial data, Tadawul CEO Khalid Abdullah Al Hussan has said that he expects full inclusion in the FTSE Russell and S&P Dow Jones to generate as much as $15 billion in passive inflows into the Kingdom. The positive response to the Tadawul’s inclusion in global indices offers some evidence that international investors are willing to look past the killing of journalist Jamal Khashoggi, at least when it comes to investing in Saudi equities. After dropping nine percent in the month following Khashoggi’s murder, the Tadawul is up roughly 15 percent since the start of the year and trading close to four-year highs.

On March 10, the Saudi cabinet approved the first major change to Saudi competition law in almost 15 years. The new law, which will go into effect within six months, gives the General Authority for Competition (GAC) greater independence to ensure a fair marketplace. The law applies to all companies that operate in the Kingdom and all practices that undermine competition in the Kingdom, even if they occur outside the country. It expressly prohibits economic concentration, abuse of a dominant position, and any arrangements, explicit or implicit, that aim to restrict fair competition. The law also sets up a special committee to settle disputes and enforce penalties. Before this change, Saudi competition law did not apply to fully state-owned enterprises and did not provide the GAC with adequate enforcement ability.

The adoption of the new law comes as Saudi Arabia faces challenges in its quest to increase foreign direct investment (FDI). In 2017, FDI in the Kingdom fell by more than 80 percent to $1.4 billion, the lowest in 14 years. FDI rebounded last year to around $3.5 billion but was still down considerably from $7.5 billion in 2016 and a high of $12.2 billion in 2012. In addition to political uncertainty and low oil prices, the perception that the government is moving too slowly on regulatory reform has also deterred FDI into the Kingdom. Saudi Arabia ranked 92nd of 190 countries on the 2018 World Bank Ease of Doing Business Index, an improvement of just two places from 2016. The adoption of the country’s first modern competition law is an important step toward improving the country’s regulatory climate and may help allay some investors’ concerns about entering the Saudi market.

The International Monetary Fund (IMF) announced that it expects the Bahraini economy to grow by a modest 1.8 percent this year, the same as last. Another year of low growth will make it even harder for Bahrain to meet the terms of the bailout deal it struck last year with Gulf neighbors Saudi Arabia, Kuwait, and the UAE. In exchange for a $10 billion aid package, Bahrain agreed to a sweeping austerity program aiming to balance the budget by 2022. Citing low forecasted growth, the IMF has said that the Bahrain will need to escalate austerity measures to meet its 2022 target.

Bahrain has been on shaky financial footing since the global oil market crash in 2015 cut state revenue by roughly 30 percent. Despite its own Vision 2030 economic diversification program, Bahrain, like Saudi Arabia, remains heavily dependent on oil, which contributes more than 60 percent of export earnings and 70 percent of government revenue.

In response to low oil revenues, the government says it has cut spending by roughly $2.2 billion a year since 2015. The government has also slashed subsidies and introduced new taxes and fees, including a five-percent VAT. Nevertheless, public debt has continued to mount, reaching 93 percent of GDP last year. There is at least one bright spot, however: last year’s bailout has revived confidence in the country’s debt, driving a more than 30 percent recovery in the value of Bahraini government bonds.

On April 2, President Abdelaziz Bouteflika, who has ruled Algeria since 1999 and presided over the end of its civil war in 2002, resigned with immediate effect. This came less than two months after Bouteflika announced he would seek a fifth term, sparking the largest protests in the country’s modern history. In response, Bouteflika made a series of concessions: he withdrew his reelection bid and postponed elections planned for late April, agreed to establish an independent body to organize new elections, announced a national conference to reform the constitution, and re-shuffled the cabinet.

These concessions did not satisfy protestors. Many Algerians perceived Bouteflika’s postponement of elections as a final attempt to cling to power or buy time to install a successor. Bouteflika has seldom appeared in public since suffering a stroke in 2013 and has made frequent medical trips abroad, fueling perceptions that he is a pawn of the shadowy political and military ruling class known as le pouvoir.

The stagnation of the Algerian economy has intensified poplar frustration with the ruling elite. For its part, the ruling class appears to have accepted, at least for now, the inevitability of change. Bouteflika’s National Liberation Front (FLN) party said that it supports the protestors, and Army Chief-of-Staff General Ahmed Gaid Salah called for Bouteflika to be declared unfit for office.

Crucial in the coming weeks will be the question of political succession. On April 9, Parliament will elect an interim president – almost certainly the speaker of the upper house, Abdelkader Bensalah – to rule for a maximum of 90 days until new elections are held. It is not clear, however, who will lead Algeria in the longer-term. While protests have brought together disparate elements of Algerian society, they lack leadership and have not proposed a clear vision for the country’s future.

Algeria, moreover, has known no post-civil war leader other than Bouteflika. As president, he has managed to pacify the country’s deep ideological and tribal divisions – between secular and Islamist parties, and between the Tlemcen clan of western Algeria and the Eastern clan. Observers worry that Bouteflika’s departure may thrust these divisions back into the open, pushing Algeria down a path of escalating unrest similar to the Arab spring that swept its neighbors in 2011.