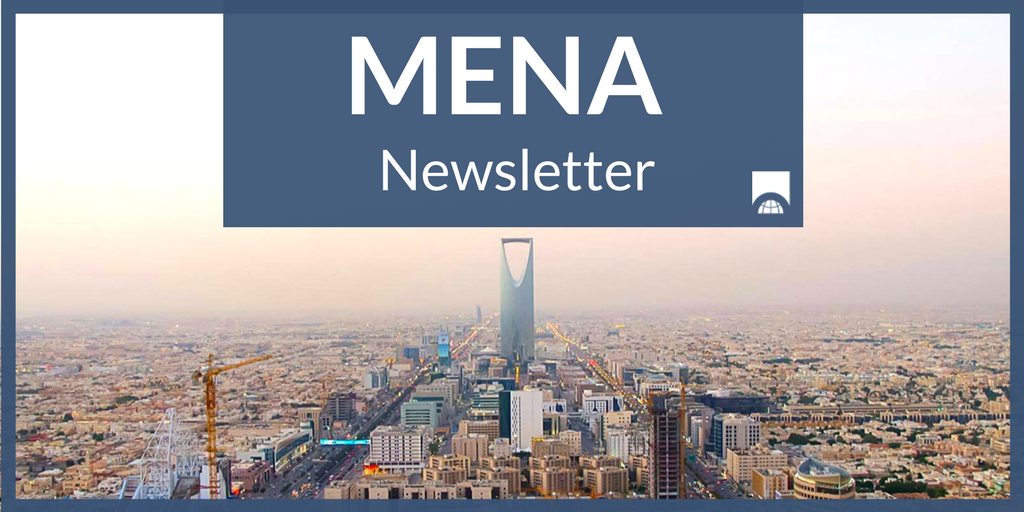 Events in the Middle East over the past two weeks have increased the risk of widespread regional instability. The United States withdrew from the Iran nuclear accord and will likely reimpose sanctions. Israel and Iran exchanged military strikes across the Syrian border. Israeli soldiers killed dozens of Palestinians in Gaza protesting the opening of the U.S. embassy in Jerusalem. Iraqi voters turned out to support Shi’i cleric and militia leader Muqtada al-Sadr, who has opposed U.S. interference while also distancing himself from Iran. Lebanon held its first elections in nine years, in which voters dealt a blow to Prime Minister Saad Hariri’s leadership and strengthened Hezbollah’s allies.

Taken together, these events underscore the explosiveness of the Middle East and the potential for material changes to the political and economic environment in the region over the next several months. While we track these events closely and can offer insights on the attendant risks and possible mitigation strategies, in this newsletter we go beyond the major headlines and highlight three under-appreciated developments that are relevant to firms that operate or seek to operate in the Middle East.

In part because of renewed geopolitical instability in the region, and because of sustained, coordinated production restrictions by OPEC and non-OPEC producers, the price of Brent crude has reached its highest level since Q4 2014 (reaching $79 per barrel on May 15). Oil exporters in the Middle East clearly stand to gain quite a bit from this increase. Saudi Arabia’s budget deficit in Q1 2018 was higher than the year before, as increased government spending offset new sources of revenue. Higher oil prices will help reduce or close this gap for Saudi Arabia and others. However, the recovery in oil prices will test governments’ commitments to reform. In Saudi Arabia, for example, previous reform and fiscal consolidation efforts triggered by low oil prices were often derailed when prices recovered. Gradually imposed austerity measures of the 1980s and 1990s were largely reversed when oil prices recovered in the 2000s. State employment expanded rapidly, subsidies and other transfers grew, and new institutions were established. Saudi officials maintain that this time will be different. In some ways it already is; austerity measures have been imposed much more swiftly. But it is too early to tell whether competing domestic pressures will prompt the Crown Prince to scale back some of his most radical fiscal reforms.

April was a busy month in for the nascent entertainment industry in Saudi Arabia. In addition to a fashion show in Riyadh, the first movie screening in a public cinema in more than 30 years, and a World Wrestling Entertainment (WWE) event in Jeddah, the Saudi government officially launched its Quality of Life Program, which is the latest of the 12 Vision Realization Programs that will be established by the Council of Economic and Development Affairs (CEDA) to implement Vision 2030. The program focuses on two dimensions: livability and lifestyle. It seeks to promote sports activities, develop and diversify entertainment options, and encourage Saudi arts and culture. The government plans to spend 50.9 billion Saudi riyals ($13.8 billion) on this program through 2020, in addition to money funneled through the PIF.

From conversations with senior Saudi officials, these quality of life programs appear to be very high priorities for the government that are likely to be fully funded. The program will incentivize private sector investments by, among other things, providing early public-sector investments and offering financial incentives to make up for lost profits. The Quality of Life Program will operate alongside other major entertainment, cultural, and tourism projects in the Kingdom, including the Qidiyya entertainment city, the Royal Commission for Al Ula, and the Red Sea project. ASG has discussed these projects and how multinational firms can participate with the leadership of each of these entities.

The IMF reports positive news on the Egyptian economy

On May 5-6, the Egyptian government and the IMF jointly held the “Inclusive Growth and Job Creation Conference” to discuss how to channel Egypt’s macroeconomic gains into job creation and private sector growth. For a government with a long and contentious history with the IMF, the conference highlighted how sentiment towards Egypt from both the international economic community has improved significantly over the past few years, even as concerns remain about the political situation in the country.  During the conference, IMF First Deputy Managing Director David Lipton celebrated Egypt’s more open foreign exchange market, tighter monetary policy, fiscal consolidation efforts, and strengthened business climate. Growth is higher than it has been since 2008, with inflation down, foreign exchange reserves up, exports growing, and a reduction in the unemployment rate. Just in April, Egypt ratified amendments to its 1992 capital market law, and the Ministry of Finance announced Egypt’s first issue of euro-denominated sovereign bonds. Of course, serious challenges remain. As the IMF conference highlighted, both unemployment and public debt remain high. But if Egypt can maintain its momentum and push ahead with its reform agenda, the IMF suggested it could move closer to sustained growth and a healthy private sector.