Sec. Gutierrez on the future of U.S.-China trade relations 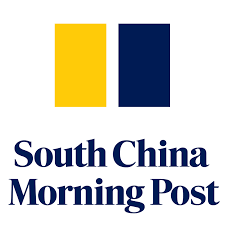 China and the United States are close to a deal on trade but need to keep working to build mutual trust and avoid forcing countries to choose sides in future, former US commerce secretary Carlos Gutierrez has said.

Days before US Trade Representative Robert Lighthizer and Treasury Secretary Steven Mnuchin go to Beijing for high-level trade negotiations, Gutierrez was confident that a resolution to the dispute would be found, but said “a lot of work” would be needed afterwards to prevent a cold war developing between the countries.

“It would be wrong to assume that this trade war will finish and everything will go back to the way it was,” he said on the sidelines of the Boao Forum in China’s southern Hainan province. “We have a lot of work to do after that to build trust and understanding.

“We’re going to be together for a long, long time, and to assume that we can break the world up into China supporters or US supporters – I think that’s wrong.

The world’s two largest economies have been locked in a trade war since last July, placing tariffs on billions of dollars’ worth of each other’s goods, but they have maintained a ceasefire on additional tariffs since December.

The White House has announced that Chinese Vice-Premier Liu He will head to Washington in early April for another round of negotiations that could set the stage for a meeting between presidents Donald Trump and Xi Jinping.

Gutierrez, who served in former US president George W. Bush’s administration from 2005 to 2009, said the merits of the Trump administration’s trade policy on China would be apparent only many years later, but that expecting agreement on every aspect was unrealistic.

“We will find out in five, 10, 20 years if this was the right policy,” he said. “We cannot have uniformity in everything – two different cultures, two different countries. We will always have disagreements, but that doesn’t mean that we are rivals.

Beyond trade, Gutierrez said the major issues to be resolved would be in technology, calling the US’ national security concerns around Chinese telecoms company Huawei potentially a “real trap”.

The US has blacklisted nearly all of Huawei’s business and has pressured its European allies to restrict use of the firm’s telecoms equipment on national security grounds.

Although some argue that private Chinese companies including Huawei can be forced to serve the interests of the Chinese government, Gutierrez noted that the European Union had not barred Huawei technology despite US pressure, even as it seeks to review its own policy on China.

“There is a danger in going after individual companies because if we go after Huawei, China can go after another US company, so I hope that this is resolved through dialogue and not continue to focus on sanctions against individual companies,” Gutierrez said. “That’s the danger of what’s happening today, that it’s a certain amount of Balkanisation.”

One hurdle to a trade deal would be whether tariffs remained afterwards as part of an enforcement mechanism, said Gutierrez, the co-chairperson of strategic advisory firm Albright Stonebridge Group.

Washington has made clear that an enforcement mechanism will be at the heart of a trade agreement with Beijing, and Trump told reporters last week that tariffs could remain for a “substantial period” to ensure China follows through on its trade commitments.

“That’s the challenge right now, but I believe it can be solved,” Gutierrez said. “There are a lot of creative ways and negotiations to solve problems, and both sides want a deal. That’s the important thing.”