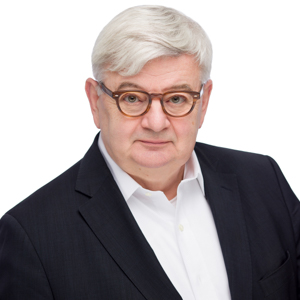 Joschka Fischer is a Senior Strategic Counsel at ASG, where he advises clients on issues relating to Germany and the European Union from his Berlin office. Mr. Fischer served as Foreign Minister and Vice Chancellor of the Federal Republic of Germany from 1998 to 2005. He is also currently Managing Partner of Joschka Fischer and Company, a global strategy firm.

Mr. Fischer’s political career began in the State of Hesse where he held the Office of Minister for the Environment and Energy – making him the country’s first Cabinet Minister from the Green Party.

After serving four years as Political Group Chairman for the Greens in the Hessian Landtag, the State Assembly, Mr. Fischer held the offices of Deputy Minister-President of the State of Hesse and Hessian State Minister for the Environment, Energy and Federal Affairs. He later became Co-Chairman of the Green Party’s federal parliamentary group.

Previously, Mr. Fischer held a professorship at the Woodrow Wilson School of International and Public Affairs at Princeton University.

He is a member of the Board of Trustees of the International Crisis Group and of the Executive Board of the European Council on Foreign Relations.

He is based in Berlin, Germany.