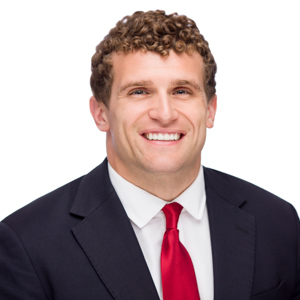 Andrew Gee is a Senior Director at ASG, where he advises clients on regulatory challenges, market entry, and business strategy in East Asia.

Prior to joining ASG, Mr. Gee worked as a Corporate Strategy Analyst for Worthington Industries where he assisted in the development of overseas investment strategy and M&A execution. In this role, Mr. Gee helped form and restructure joint ventures with Chinese, European, and Japanese companies, and conducted analyses of strategic investment opportunities in China, India, Japan, and Southeast Asia.

Earlier in his career, Mr. Gee worked as a Chinese Service Quality Assurance Manager for the U.S. Census Bureau, as a Director of Asian Languages for Western Standard Translation, and as an Asia-Pacific Distributor Relations Representative for Xango.

Mr. Gee received an M.B.A. from the University of Oxford’s Said Business School and Certificates in Advanced Mandarin Chinese and Advanced Japanese from the Oxford Language Center. While at Oxford, he served as the Asia-Pacific co-chair of the Oxford Business Network.

He received an M.A. in East Asian Studies from Stanford University and a Certificate in Innovation and Entrepreneurship from the Stanford Graduate School of Business. He received dual B.A. degrees in Mandarin Chinese and Japanese from Brigham Young University. While a student, Mr. Gee was a U.S. Department of Education Foreign Language and Area Studies (FLAS) undergraduate and graduate fellowship recipient.

Mr. Gee is fluent in Mandarin Chinese and Japanese.