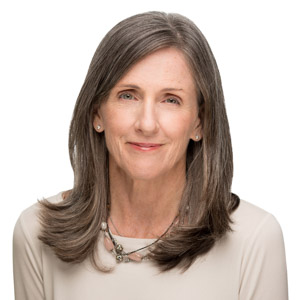 Carol M. Browner is Senior Counselor in the Sustainability practice at ASG, where she advises clients on environmental impact, sustainable strategies, and partnership development.

Ms. Browner served as Assistant to President Obama and Director of the White House Office of Energy and Climate Change Policy, where she oversaw the coordination of environmental, energy, climate, transport, and related policy across the U.S. federal government.  During her tenure, the White House secured the largest investment ever in clean energy and established the national car policy that included both new automobile fuel efficiency standards and first ever greenhouse gas reductions.

From 1993 through 2001, Ms. Browner served as the Administrator of the Environmental Protection Agency. As Administrator, she adopted the most stringent air pollution standards in U.S. history; set for the first time, a fine particle clean air standard; and spearheaded the reauthorization of the Safe Drinking Water Act as well as the Food Quality Protection Act. She was known for working with both environmentalists and industry to set science-based public health protections while providing businesses important flexibilities in how to meet those standards. She worked across the agency to ensure a focus on protecting the most vulnerable, particularly children.

From 1991 through 1993, Ms. Browner served as Secretary of Environmental Regulation in Florida, where she launched the largest ecological restoration project ever attempted in the United States to restore the natural flow of water to the Everglades.

She divides her time between Washington, D.C. and southern Vermont.