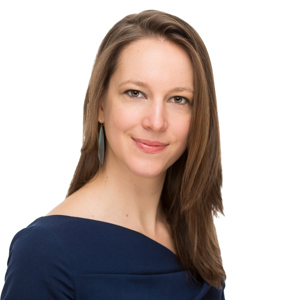 Cassady Walters is a Senior Vice President at ASG, where she leads client engagements in the firm’s Africa and Sustainability practices and supports firmwide strategic growth and business development.

Prior to joining the firm, Ms. Walters worked at the intersection of governments, markets and civil society as an Analyst with the Institute for State Effectiveness. In this capacity, she analyzed the private sector’s role in Africa’s development and designed policy strategies to create inclusive and accountable institutions.

Previously, Ms. Walters worked in small-enterprise development as the Youth Development Officer on a USAID-funded entrepreneurship program in Mali. She also served as a Peace Corps Volunteer in Mali, where she worked to improve public health offerings by identifying synergies between local government, civil society and entrepreneurs.

Ms. Walters was also part of USAID’s Office of Transitions Initiatives (OTI), where she helped manage OTI programming in Kenya, Cote d’Ivoire and Mali. She has extensive research experience in Sierra Leone, Nigeria and China, with a special focus on China’s relationship with Africa. Ms. Walters reported on human rights and culture for the Jordanian English-language magazine Jo Magazine.