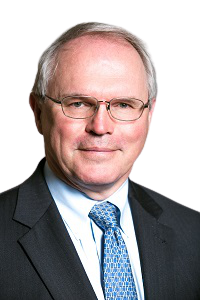 Ambassador Christopher Robert Hill is a Senior Advisor at ASG, where he brings unparalleled global expertise to his work with clients. During his long and distinguished career in the Foreign Service, he served as ambassador to four countries and in multiple senior positions at the U.S. Department of State.

Ambassador Hill served as Assistant Secretary of State for East Asian and Pacific Affairs and as U.S. Ambassador to Iraq, the Republic of Korea, Poland, and the Republic of Macedonia. In addition, he served as Special Envoy to Kosovo and as the Head of the U.S. delegation to the Six-Party Talks on the North Korean nuclear issue.

He previously served as Special Assistant to the President and Senior Director for Southeast European Affairs in the National Security Council. Earlier in his Foreign Service career, Ambassador Hill served tours in Belgrade, Warsaw, Seoul, and Tirana. Before joining the Foreign Service, he served as a Peace Corps volunteer in Cameroon.

He is the recipient of the State Department’s Distinguished Service Award for his contributions as a member of the U.S. negotiating team in the Bosnia peace settlement, and was a recipient of the Robert S. Frasure Award for Peace Negotiations for his work on the Kosovo crisis.

In addition to his role at ASG, Ambassador Hill serves as Chief Advisor to the Chancellor for Global Engagement and Professor of the Practice in Diplomacy at the University of Denver.

He received an M.A. from the Naval War College and graduated from Bowdoin College in Brunswick, Maine with a B.A. in Economics. Ambassador Hill speaks Polish, Serbo-Croatian, and Macedonian.

He is based in Denver, Colorado.