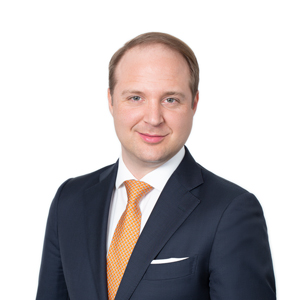 Erik Brattberg is a Senior Vice President in the Europe practice at ASG. He advises clients on navigating complex policy and regulatory trends in Europe, market entry and expansion, stakeholder management, and political and economic issues across the region.

Mr. Brattberg is a recognized expert on European politics and transatlantic relations. Prior to joining ASG, he served as Director of the Europe Program at the Carnegie Endowment for International Peace, where he developed and led several major initiatives related to U.S. dialogue with the European Union on topics including China, technology, and climate.

Previously, Mr. Brattberg held numerous roles in leading think tanks on both sides of the Atlantic. He served as Director for Special Projects and Senior Fellow at the McCain Institute for International Leadership; Ron Asmus Policy Entrepreneur Fellow at the German Marshall Fund; Senior Fellow at the Atlantic Council’s Scowcroft Center for Strategy and Security; and a Visiting Fellow at European Policy Centre in Brussels, among others. He has also advised companies, investors, and non-profits, and consulted for Oxford Analytica and Spitzberg Partners. Mr. Brattberg began his career at the Permanent Mission of Sweden to the United Nations in New York.

Mr. Brattberg has written articles for numerous outlets, including The Washington Post, The Financial Times, Politico, Foreign Policy, and Foreign Affairs, and is a frequent commentator in major U.S. and international media including Bloomberg, CNBC, CNN, NBC News, NPR, and BBC World News. He is a regular speaker at international conferences and think tank events and has testified before the European Parliament’s Committee on Foreign Affairs and the U.S.-China Economic and Security Review Commission. He is a member of the steering committee of the bipartisan Transatlantic Democracy Working Group, and is also a Nonresident Senior Fellow at the Atlantic Council’s Europe Center.

He received an M.S. in Foreign Service from Georgetown University, which he attended as a Fulbright scholar, an M.A. and a B.A. in Political Science from Uppsala University, and an executive certificate from Oxford University Saïd Business School.