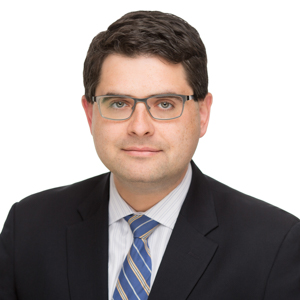 Jacob Freedman is Chief of Staff to the Chair at ASG, serving as a speechwriter and advisor and assisting the firm’s leadership and clients in planning and communications.

Mr. Freedman has been working for more than ten years at the intersection of national security, politics, and communications.  Prior to joining ASG, he served as the Chief Speechwriter for Secretaries of Defense Chuck Hagel and Leon Panetta.  In that capacity, Mr. Freedman managed a team of writers and researchers and was responsible for all of the Secretary’s speeches, testimony, and press statements.  As a member of the Secretary’s public affairs team, he also helped formulate the Defense Department’s public engagement strategy, played a role in crisis communications, and accompanied the Secretary on official visits to nearly 40 countries.  Mr. Freedman began his tenure at the Pentagon in June 2010 as a Speechwriter to Secretary of Defense Robert M. Gates, affording him the unique opportunity to work closely with three different Secretaries of Defense.

Before he joined the Defense Department, he worked at the Atlas Project, a political research organization, and served on President Obama’s 2008 general election campaign as a Data Director in Virginia and Georgia.  He began his career as a journalist working in Washington for Congressional Quarterly, where he covered the financial services and economics beat.