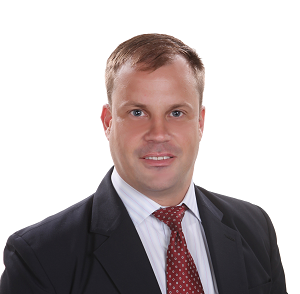 James Oswald is an Analyst in ASG’s China practice, where he supports the practice with editing, analysis, translation, and research across all areas of client interest in the China market.

Prior to joining ASG, Dr. Oswald worked for the Central Compilation and Translation Bureau, an organization under the Communist Party of China (CPC) Central Committee which produces official translations of central government documents and literature. During this time, he was responsible for translating and proofreading translations of key articles on China’s politics, economy, society, culture, and environment from the CPC's journal Qiushi, as well as government reports and Xi Jinping’s speeches.

Dr. Oswald completed his Ph.D. in Asian Studies at the University of Adelaide. Due to government scholarships, he was able to spend one and a half years of his candidature as a visiting scholar at the School of Agricultural Economics and Rural Development at Renmin University of China. His research incorporated findings from fieldwork conducted in rural areas across China, including in Inner Mongolia, Shandong, Zhejiang, and Henan. His dissertation examined the political philosophy of the rhetoric of ‘ecological civilization,’ and how this has translated into environmental policy, remedial actions, and grassroots movements. He earned a Bachelor of International Studies from the University of Adelaide. He speaks Mandarin Chinese.