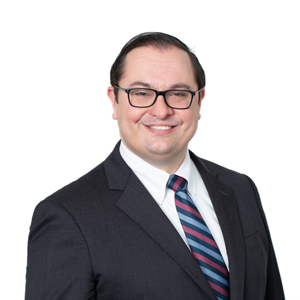 James Schwemlein is a Senior Director with ASG’s South Asia practice, where he advises clients on policy changes, regulatory challenges, and business strategies across the region.

Prior to joining ASG, Mr. Schwemlein served at both the World Bank and the U.S. State Department. At the World Bank, he co-led a project assessing the political and economic risks associated with China’s expanding investments in South Asia and advised local governments on how best to manage those risks.

At the State Department, Mr. Schwemlein served as senior advisor to the U.S. Special Representative for Afghanistan and Pakistan, helping lead regional diplomatic strategy and negotiations around the Afghanistan conflict. He was also responsible for improving the alignment of U.S. development and economic programs and initiatives to advance U.S. interests in the region. He previously worked on the State Department’s Pakistan desk and as a trade policy officer responsible for trade and investment promotion activities.

Mr. Schwemlein is a nonresident scholar in the South Asia program at the Carnegie Endowment for International Peace and a term member of the Council on Foreign Relations. He received his M.A. in international affairs from American University and his B.A. from Elon University.