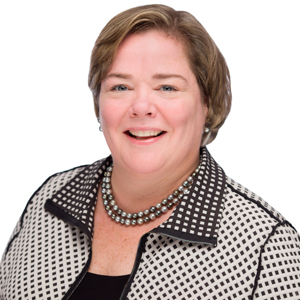 Jan Stewart is Chief Operating Officer to the Chair at ASG, where she serves as primary and confidential assistant to former Secretary of State Madeleine K. Albright, Chair of the firm.

Prior to joining the firm, Mrs. Stewart worked on Capitol Hill, both in the House and Senate, primarily with Senator Nancy Landon Kassebaum of Kansas, who was Chair of the Committee on Labor and Human Resources and Subcommittee on Africa. After Senator Kassebaum’s retirement in 1996, she continued to work with the Senator by representing her on both President Clinton’s Commission to study Gender Integrated Training in the Military and a non-partisan commission to study campaign finance reform that she co-chaired with Vice President Walter Mondale.

Mrs. Stewart previously served in Japan as Chief of Staff to then U.S. Ambassador, former Senate Majority leader and President Reagan’s Chief of Staff Howard H. Baker, as well as his successor, Ambassador J. Thomas Schieffer. In this role, she managed all official and non-official events at the Ambassador’s residence, from 1 to 2000+ guests across a broad spectrum of requirements while meeting every deadline and every budget.

She has extensive experience in politics and political news operations, including as Executive Assistant to Cokie Roberts, author, commentator and former ABC News anchor. She traveled extensively for the 2000 election, including to the Republican and Democratic conventions, as well as for the book tour for the New York Times bestseller, From This Day Forward by Cokie and Steven V. Roberts.

Mrs. Stewart earned a B.A. in History from the University of Alabama.