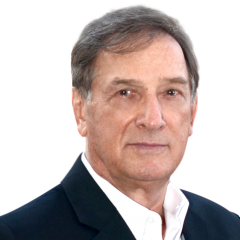 John Hancock is a Senior Advisor with ASG’s East Asia and Pacific practice. In this role, he advises clients of the firm on business and investment strategies in Thailand and across the region.

A respected figure in the business and legal communities in Southeast Asia, Mr. Hancock has lived and worked in Thailand for over 45 years. As the former Chairman of Asia Pacific and a member of the Executive Committee for global law firm Baker McKenzie, he has extensive experience in corporate commercial trade and regulatory matters in Thailand, and cross-border transactions throughout Southeast Asia. He founded and serves as the Executive Chairman of John W. Hancock & Associates, a Thailand-based advisory firm.

Mr. Hancock previously served as the founding Principal, Chairman, and Managing Principal of Baker McKenzie’s Bangkok office, and as Managing Director of its Myanmar office. Mr. Hancock has also served as President of the Australian-Thai Chamber of Commerce, an Advisor and Member of the Thailand Board of Trade, and as an independent director of various Thai publicly-listed companies in the finance, manufacturing, and power sectors.

Mr. Hancock was made a Member of the Order of Australia (AM) in January 2016 for his contributions to Australian-Thai relations. He received a law degree from The University of Adelaide, South Australia.

He is based in Bangkok, Thailand.