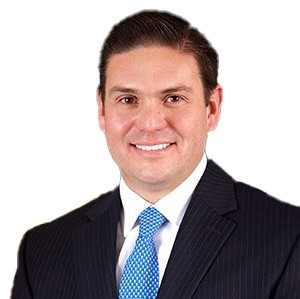 Juan Carlos Pinzón is an ASG Senior Advisor. He draws on his leadership experience in both the public and private sectors to advise clients on a range of issues in Colombia and across Latin America.

Ambassador Pinzón served as ambassador of Colombia to the United States from 2015 to 2017. While ambassador, he participated in the creation of the U.S-Colombia Business Council at the U.S. Chamber of Commerce.

He also served nearly four years as Colombia’s defense minister, where he oversaw the modernization of the nation’s armed forces and the development of a defense transformation plan. His earlier government positions included serving as chief of staff to then-President Juan Manuel Santos and as vice minister of defense.

Prior to these senior-level government and diplomatic posts, Ambassador Pinzón was a Senior Advisor to the Executive Director of the World Bank. He also served as the Vice President of the Colombian Banking Association and as Assistant Vice President of Investment Banking at Citigroup.

He currently serves as chair of Virtus Global, an advisory and consulting firm based in Colombia.

Mr. Pinzón earned an M.S. and a B.S. in Economics from Pontificia Universidad Javeriana and an M.P.P. from the Woodrow Wilson School of Public and International Affairs at Princeton University. He has also completed advanced coursework at Harvard University and Johns Hopkins University.

He is based in Bogotá, Colombia.