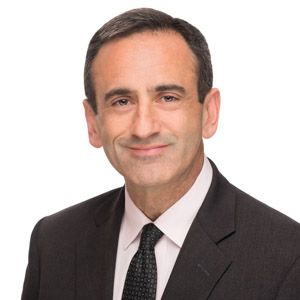 Dr. Philip Gordon is a Senior Advisor at ASG, where he works in both the Middle East and Europe practice areas. Dr. Gordon has extensive knowledge of these regions after many years of leadership in the public and private sectors, including at the White House, the State Department, the Brookings Institution and the Council on Foreign Relations, where he is now a Senior Fellow.

Dr. Gordon was Special Assistant to the President and White House Coordinator for the Middle East, North Africa, and the Gulf Region from 2013 to 2015. As the most senior White House official focused on the greater Middle East, he worked closely with the President, Secretary of State, and National Security Advisor on issues including the Iranian nuclear program, Middle East peace negotiations, U.S. relations with the gulf states, and bilateral relations with Israel, Egypt, Jordan, and Lebanon.

Prior to joining the National Security Council staff, Dr. Gordon served as Assistant Secretary of State for European and Eurasian Affairs under Secretary of State Hillary Clinton from 2009 through 2013. As head of the department’s largest bureau, he managed a Washington, DC-based staff of nearly 400, an overseas staff of more than 7,000, and oversaw a budget of over $1 billion. Dr. Gordon was responsible for 50 countries in Europe and Eurasia as well as for NATO, the European Union (EU) and the Organization for Security and Cooperation in Europe (OSCE).

From 2000 to 2008, Dr. Gordon served as a Senior Fellow at the Brookings Institution. In 2004, he became the Founding Director of the Center on the United States and Europe (CUSE), which undertook research and ran programs focused on expanding global cooperation between the United States and its transatlantic partners. In 2006, Dr. Gordon became Senior Fellow in U.S. Foreign Policy and focused his research on U.S. foreign policy particularly toward Europe and the greater Middle East. From 1998 to 1999, Dr. Gordon served as Director for European Affairs at the National Security Council under President Bill Clinton. He was responsible for NATO, the EU, the OSCE, France, Turkey, Greece and Cyprus.

Dr. Gordon writes regularly for The Atlantic, Foreign Affairs, and Foreign Policy. He has been interviewed by outlets including The New York Times, The Wall Street Journal, and the BBC.