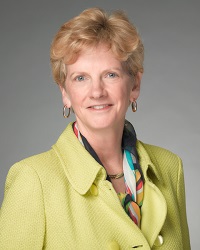 Robin Carnahan is a Senior Advisor at ASG, where she puts her 25 years of government and private sector executive management experience to work helping clients analyze opportunities, identify strategic investment partners, and navigate political and regulatory risks in the U.S. and internationally.

Secretary Carnahan served for eight years as the elected Secretary of State of Missouri.  In her role as CEO of a large government service and regulatory agency, she emerged as a national leader in pioneering the use of innovative technology to save money and improve government service delivery for businesses and voters.  After the 2008 financial crisis, her leadership as the state’s top securities regulators was widely recognized for negotiating record settlements of over $10 billion on behalf of investors.  Prior to becoming Secretary of State, Carnahan advised businesses -- ranging from Fortune 500s to start-ups -- on international trade issues, served as an executive at the Export-Import Bank of the United States, and practiced corporate law.

Secretary Carnahan has also worked extensively on elections in the United States and abroad.  She helped re-write election laws and train civic activists in Central and Eastern Europe after the fall of the Berlin Wall and has led international election observer delegations and worked with civic groups in more than a dozen countries.

She is an inaugural member of the Aspen Institute Rodel Fellows in Public Leadership program and is a regularly featured subject matter expert in local and national media and before congressional and legislative committees on finance, regulatory, government innovation and elections issues.

In the fall of 2013, Secretary Carnahan served as a Visiting Fellow at the University of Chicago’s nonpartisan Institute of Politics.  She also serves on the Board of the National Democratic Institute for International Affairs, which promotes democracy and civil society programs in over 80 countries and advises a number of civic technology start-ups.

Secretary Carnahan is based in St. Louis, Missouri.