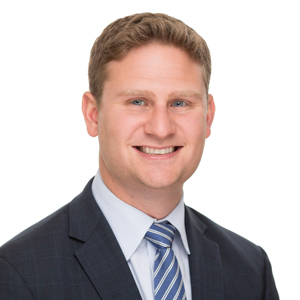 Scott Jacobs is a Vice President at ASG, where he draws on experience from the public and private sectors to advise clients on government affairs and business strategy. He also drives  initiatives and external partnership opportunities across the firm.

In the Obama administration, Mr. Jacobs served in the Office of the United States Trade Representative as Confidential Assistant to the Deputy USTR before being selected to join Ambassador Ron Kirk’s staff as an Advisor and acting Director of the Executive Secretariat. In these roles, he focused on policy and trade matters related to Europe and the Middle East, Western Hemisphere, intellectual property, and small business market access.

As a Field Organizer during the 2008 Obama-Biden presidential campaign, Mr. Jacobs developed voter outreach strategies and managed volunteer communities in rural areas of New Hampshire and Wisconsin. He later joined the Obama-Biden Presidential Transition Team as a Correspondence Assistant in the Office of the Vice President-elect.

Mr. Jacobs earned a M.A. in Global Security from Johns Hopkins University and holds a B.A. in Management from the University of Michigan.