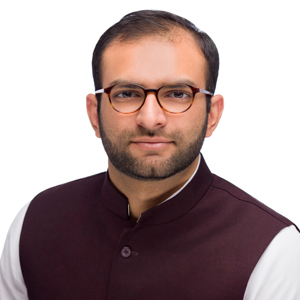 Uzair Younus is an Advisor with ASG’s South Asia practice. In this role, he helps clients develop strategies for long-term growth in the region.

Prior to joining the firm, Mr. Younus was a consultant for IBB Consulting in New York City, where he developed dynamic models to analyze national cable infrastructure and participated in efforts to identify emerging cable and telecommunications markets. In addition, he worked as a consultant at Deloitte focusing on global technology strategy, digital assessment management, and web strategy and implementation.

Previously, he interned with 32 Advisors, a boutique consulting firm in New York City, where he conducted research on infrastructure projects proposed by Prime Minister Modi’s government in India, including the Smart Cities initiative. He was also a South Asia intern with the Hudson Institute, where he helped write reports on the political and economic developments in the region.

Mr. Younus regularly publishes articles on South and Central Asian politics and trade for the Diplomat and Dawn, and has been featured on Bloomberg, CNN, and CNBC.

Mr. Younus is based in Washington, D.C.