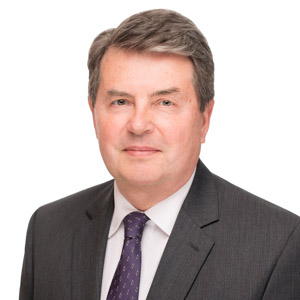 Yevgeny Zvedre is a Senior Advisor of ASG, where he advises clients on issues related to expanding market access in Russia and the Commonwealth of Independent States, developing relationships with federal and regional agencies as well as public-private partnerships. Prior to joining ASG in 2009, Mr. Zvedre spent more than 35 years serving in Soviet and Russian diplomatic services, both in embassies abroad and in the Ministry of Foreign Affairs.

Mr. Zvedre has a strong background in scientific diplomacy, nonproliferation, and security issues. He served as Science and Technology Attaché at the Embassy of the Russian Federation in Washington, D.C. and as Head of Office at the North America Department and at the Department for International Cooperation in Science and Technology of the Foreign Ministry. In the 1980s and 1990s, he was involved in the disarmament negotiations for START 1 and ABM Treaty compliance and was assigned to the Russian Missions to the UN in Geneva and Vienna. Earlier in his career he worked on regional affairs with a focus on Southeast Asia.

Mr. Zvedre has authored several articles on space cooperation, missile non-proliferation, and export controls issues. He earned his B.A. from Moscow State Institute (University) of International Relations and is a graduate of the MFA Diplomatic Academy. He speaks English and Russian.

He is based in Moscow, Russia.