Albright Stonebridge Group on the Passing of Samuel R. Berger 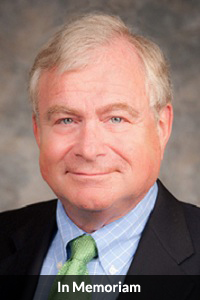 WASHINGTON D.C. (December 2, 2015) – With sadness, Albright Stonebridge Group (ASG) announces the passing of our dear friend, firm co-founder and co-Chair, Samuel “Sandy” R. Berger, following a courageous battle with cancer. He passed away early this morning, surrounded by his family.

In life, Sandy was passionate about many things, including baseball, but foremost were his family and international relations and his commitment to making the world a better place.  A truly accomplished man, with an extraordinary career in both the private and public sectors, Sandy treated ASG as an extension of his family. His door was always open, and he enjoyed serving as a mentor to his many colleagues who regularly sought him out for advice and conversation.

ASG co-Chair Madeleine K. Albright said, “Our country is stronger because of Sandy’s deep and abiding commitment to public service, and there are countless people whose lives he changed for the better. I am certainly one of them. He was one of my dearest friends and among the wisest people I have ever met. I will always treasure our decades-long partnership, both in and out of government, and I will be forever proud of what we accomplished together. All of us at ASG will continue to draw inspiration from his vision and leadership.”

“It was a joy to work alongside Sandy for so many years, at ASG, the White House, and Hogan & Hartson,” said Anthony S. Harrington, Chair of ASG’s managing board. “We are all enriched by being part of his extraordinary life – one that truly made a difference in the world.”

Albright Stonebridge Group co-Chair Carlos M. Gutierrez said: “Sandy will be missed by all who knew him, in business and in government, across the political spectrum. Our clients admired his innovative drive, and I also admired his success in building an extraordinary and enduring global institution. He set the bar high, and we as a firm will continue to aspire to meet that standard every day.”

Before co-founding Stonebridge International and later ASG, Sandy had a long and distinguished career in both the public service and the law. From 1993 – 2001, he served as White House National Security Advisor and Deputy National Security Advisor to President Bill Clinton, where he led policy efforts across a range of global issues including the Balkans, Middle East and Northern Ireland peace processes, the fight against terrorism, and strengthening U.S. relationships with India, China, and other nations.  Prior to his service in the Clinton administration, he spent 16 years at Hogan & Hartson, where he led the firm’s international practice. Earlier in his career, Sandy held advisory positions in the U.S. Senate, the U.S. Department of State, and with the mayor of New York City. He served on boards and in advisory positions of many organizations, the World Food Program USA, the International Crisis Group, and the Council on Foreign Relations.

This year, Sandy was presented with the prestigious Grand Cordon of the Order of the Rising Sun, one of the highest awards bestowed by the government of Japan, for his significant contributions to strengthening the relations between the United States and Japan. Additionally, he was honored earlier this week with the inaugural Global Humanitarian Award by the World Food Program USA (WFP), which has also created the Samuel R. Berger Humanitarian Fund to focus on humanitarian responses to conflict, an issue Sandy was committed to for years.

The thoughts and prayers of the global Albright Stonebridge Group family are with Susan and his family at this difficult time. Memorial contributions may be made to the Samuel R. Berger Humanitarian Fund at the World Food Program USA.