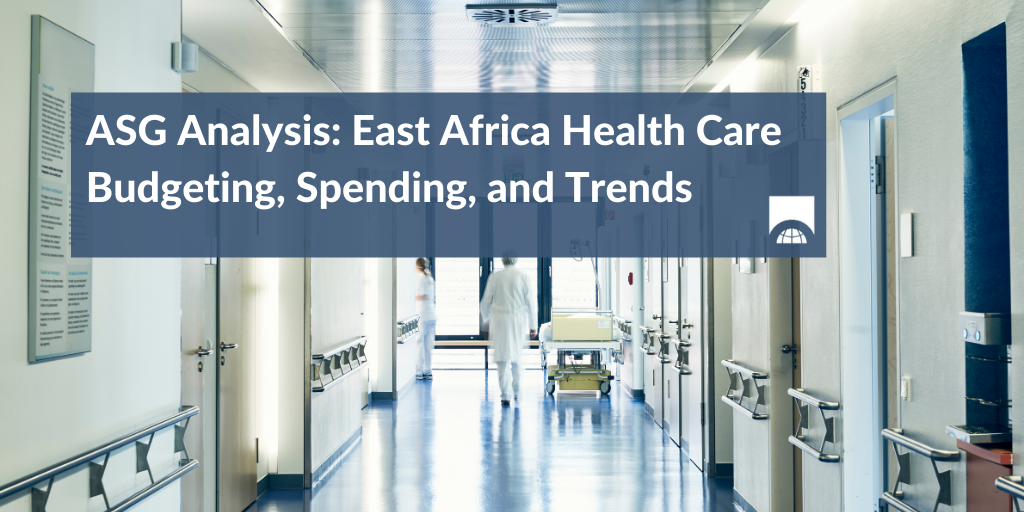 On June 11, Ugandan Minister of Finance Matia Kasaija outlined the government’s FY2021 budget before a parliamentary session. The $11.6 billion budget, representing a 12.3 percent increase in spending, represents a continued commitment to broad-based health sector objectives in the wake of the Covid-19 pandemic. The Ugandan Ministry of Health (MOH) is expected to receive $720 million or 5.9 percent of the overall budget, up from $611 million allocated in the 2020 fiscal year.

Uganda’s health care budget reflects several important initiatives that contribute to the Ugandan government’s Human Capital Development Programme, which seeks to boost quality of life and workplace productivity. In his recent budget speech, Minister Kasaija underscored that health spending in the upcoming year includes specific earmarks for awareness-raising campaigns around immunization, HIV/AIDS prevention, and the management of non-communicable diseases. Also noteworthy are significant funding increases to individual health institutions that support these goals. This includes an expected $11 million increase in funding to the Uganda Cancer Institute (UCI) in Kampala, further evidence of the Ugandan government’s efforts to position itself as a regional leader in cancer care. These earmarks largely follow the priorities outlined in the Ministry of Finance’s National Budget Framework Paper, published in December 2019, which established specific spending targets and performance indicators for the implementation of the Ugandan government’s health priories.

The country’s ability to maintain higher levels of spending on public health speaks to its relatively strong economic footing in comparison to its geographic neighbors. The Covid-19-induced economic slowdown is expected to lower Uganda’s growth rate from 6.5 percent to 3.3 percent in the fiscal year ending in June 2020, according to International Monetary Fund projections. Offsetting this decline in growth, however, revenue as a share of Gross Domestic Product (GDP) is projected to increase to nearly 14 percent in FY2021 due to improved tax collection on both imports and domestic revenue sources. With the informal economy and revenue collection inefficiencies accounting for nearly 40 percent of potential new sources of government revenues,  the government of Uganda has considerable incentive  to improve tax revenue collection. Recent initiatives include a Ministry of Finance program to utilize digital tax stamps to minimize under-declared goods and a new digitized system to track domestic tax payments such as rental taxes.

These initiatives are being implemented against a backdrop of increased external borrowing in the FY2021 budget. Public debt, as of March 2020, stood at nearly 30 percent of GDP, and analysts warn that the rising cost of debt servicing coupled with enduring macroeconomic instability could jeopardize other budgetary priorities. Uganda’s rapid pace of economic growth and solid revenue streams, however, give reason to believe that the country has sufficient financial latitude to continue durable investments in the health and development sectors. Furthermore, Uganda’s fiscal posture is aided by project and general budget support from international and multilateral donors—which together will comprise approximately 27 percent of the FY2021 budget.

Uganda’s health spending trends are largely in line with regional neighbors with historically strong macroeconomic performance. In Rwanda, spending in FY2021 is expected to grow by a more modest 7.5 percent. The country, acutely affected by Covid-19’s impact on the tourism and hospitality sectors, recently downwardly revised its 2020 economic growth forecast to two percent from the 9.4 percent recorded in 2019. In unveiling Rwanda’s new budget to parliament, Minister of Finance Uzziel Ndagijimana noted that health spending will be prioritized in the upcoming year and totals approximately $260 million in the FY2021 budget, an increase of approximately $15 million from the previous fiscal year. At the same time, Ndagijimana told members of parliament that tax revenue collection could fall by as much as $155 million, increasing reliance on foreign assistance and loans in order to meet priority spending targets.

Nonetheless, 2020 still has seen important Rwandan government initiatives in the field of cancer management and treatment. A prominent example is the newly-inaugurated Rwandan Cancer Centre outside of Kigali, which is an important pillar of Rwanda’s 2020-2024 National Cancer Control Plan. Cancer prevention, care, and treatment remain top priorities for President Paul Kagame’s administration and Rwanda continues to implement its plan and  further invest in diagnostic and inpatient services, research trials, and training for medical professionals. While Rwanda still lags behind neighboring Uganda, the country may soon be well-positioned to be become a regional leader in the fight against cancer in East Africa.

Kenya, in contrast to Rwanda and Uganda, is making some attempts to course-correct in response to Covid-19 after years of low health sector investment. Overall government spending will remain roughly constant in the upcoming fiscal year, despite the pandemic. The Kenyan government is budgeting for $25.7 billion in total outlays, a 1.8 percent decrease from the previous year due to the economic impacts of the pandemic. Of this amount, health spending is expected to comprise just 3.5 percent of total spending. While this presents an increase from FY2019, it remains well below spending levels in Uganda and Rwanda and is an approximate return to FY2019 levels. Analysts suggest that this may derail Kenya’s planned public health objectives, as funding for large infrastructure projects and energy currently appear to take precedent over health care investments.

Kenya’s post-Covid-19 economic recovery plan rests on budgetary spending to implement President Uhuru Kenyatta’s keystone policy framework and secure his legacy before he leaves office in 2021. Kenyatta’s “Big Four” framework  includes the goal of achieving universal health coverage. In FY2021, the Kenyan government expects to spend heavily in order to improve Kenyatta National Hospital in Nairobi, work to roll out free maternal health care, and embark on a vaccination and immunization campaign. Kenya watchers, noting low levels of public spending, have suggested that the Kenyatta administration may have to rely on private sector investment to meet its public health objectives.

In recent years, Kenya has taken increasing steps to address non-communicable diseases and cancer in particular. In 2016, the Kenyan government folded radiological therapy and cancer screenings into its universal health care coverage plan, yet as of 2018 the country had only 22 oncologists for a population of more than 45 million, limiting actual access to cancer care. One priority identified by the Kenyan government is an increase in the coverage amount for cancer care and a decline in out-of-pocket costs for Kenyan patients. Under Kenya’s National Hospital Insurance Fund (NHIF), cancer coverage is capped at approximately $8,500. Investments in Kenya’s advanced care infrastructure and oncological capacity stand to lower the costs of this type of specialized care.

Kenya’s larger challenge will be actualizing its budget and policy priorities in the middle of a pandemic and in an environment where one-third of the FY2021 budget will be allocated to service existing debt. Further tightening the budget environment, Covid-19 is expected to slash economic growth by more than half under worst-case forecasts—down from 5.4 percent to as little as 1.8 percent this year. The Kenyan Revenue Authority, like its counterparts in Rwanda and Uganda, is rolling out new initiatives to boost revenue collection after announcing that April 2020 tax revenue fell by nearly 14.5 percent compared to April 2019. Kenya’s 2020 Finance Bill contains provisions to begin collecting tax revenue from e-commerce transactions and digital services but does not define details such as tax thresholds and rates.

Future Prospects and Implications for Business

In April 2001, African Union heads of state met in Nigeria to sign the Abuja Declaration, committing that their countries would allocate at least 15 percent of their budgets to health spending. Approximately two decades on from this ambitious pledge, most East African countries have yet to consistently reach this level of spending.

As East African states weather the economic pressures of Covid-19, they can be expected to undertake health investments that contribute to the strengthening of national health care systems and address specific advanced treatment needs. Beyond the investments described above, the Ugandan, Rwandan, and Kenyan governments can be expected to invest in reliable access to global health supply chains to ensure adequate supplies of both near-term needs, such as testing supplies and personal protective equipment, and durable health infrastructure such as ventilator equipment and more robust laboratory capacity.

The private sector will have to play a significant role in helping these governments achieve their objectives, due to relatively static spending levels in Uganda, Rwanda, and particularly in Kenya. Governments will look to boost key sectors that will drive the revenue collection necessary to make these investments. These may include manufacturing, infrastructure, and health care. Prospective investors can leverage this moment by aiding governments as they build and better equip health care infrastructure systems, and by partnering with governments to develop and invest in resilient digital health care ecosystems and innovative service delivery.