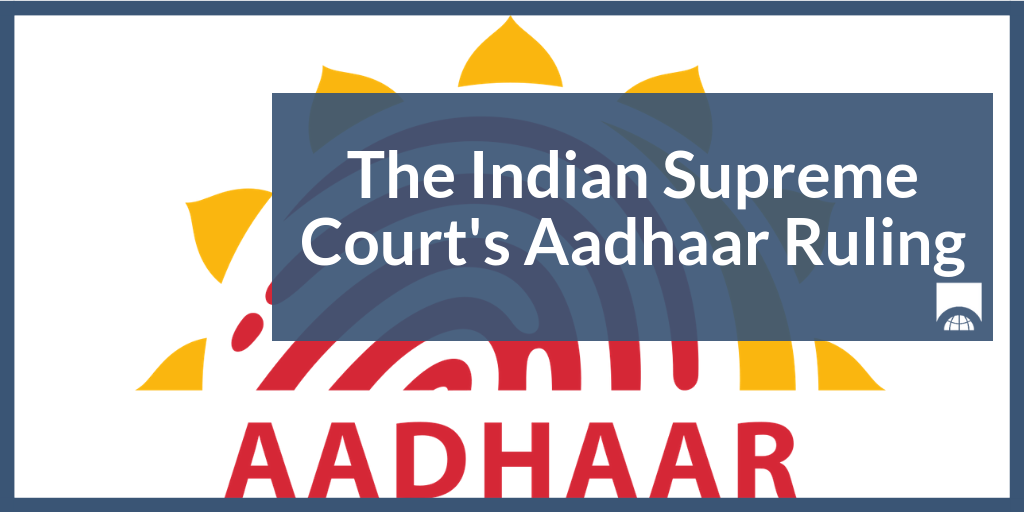 On September 26, 2018, in a 1,448-page judgement, the Supreme Court of India declared Aadhaar – the Indian government’s (and world’s largest) digital ID system – constitutional. The system, which emerged in 2009, looks to assign each resident of India a unique 12-digit number linked with the individual’s biometric and demographic data and has reached more than 1.2 billion people.

The Supreme Court, grappling with these and other concerns, upheld Aadhaar but with caveats (with one of five Justices dissenting). The ruling and its implications could provide valuable insights to other countries’ governments working on ID systems.

As explained below, parts of the ruling could aid Aadhaar’s vision of inclusion; others could significantly undermine it.