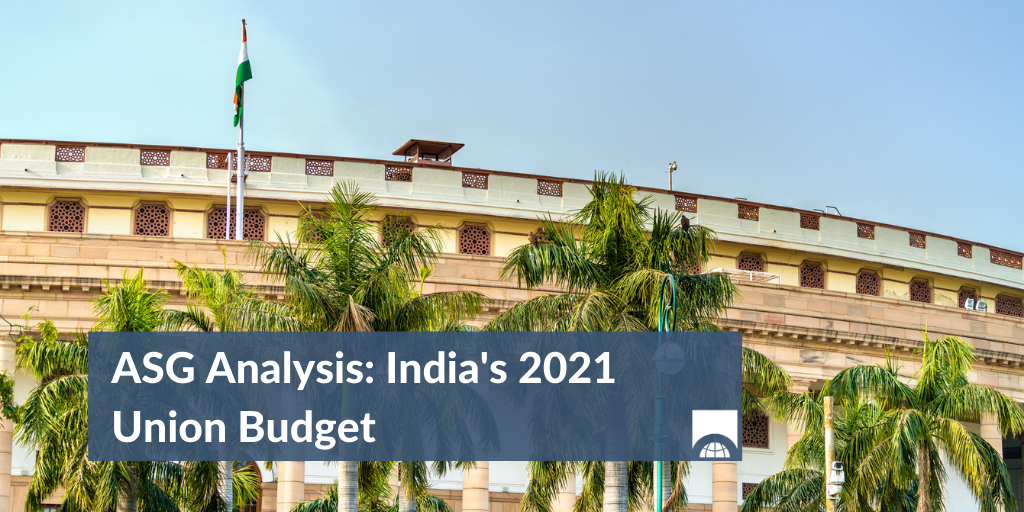 There are six key reform areas proposed in the budget:

In order to sustain an economy slowed down by the pandemic, the government increased spending throughout 2020. This has resulted in a much higher fiscal deficit than anticipated.

Through these reforms, the government expects to achieve nominal GDP growth of 14.4 percent and real GDP growth of 11 percent in 2021-22. However, as a trade-off to growth, Finance Minister Nirmala Sitharaman stated that the fiscal deficit is expected to rise to 7.5 percent of GDP—which is twice the target initially set for 2021.

While the government has recapitalized public sector banks several times to address the non-performing asset (NPA) crisis, the following additional measures have been proposed to effectively deal with any rise in NPAs in the wake of the pandemic:

These measures are expected to strengthen the state-owned banks and hasten the process of balance sheet clean-up. Unsurprisingly, India’s financial markets and industry leaders have responded positively to the budget.

The government has budgeted for a 26 percent increase in capital expenditure to trigger a growth cycle, generate employment, and boost incomes. Several key sectors will see an increase in public spending to manage the socioeconomic impact of the pandemic.

In addition to the large public spending push, the government has announced that social security benefits will be extended to gig and platform workers and that minimum wages will apply to all categories of workers.

“Ease of Doing Business” (EoDB) has been a priority for the Modi government since 2014. Key reforms in this budget include:

To spark the multiplier effect of domestic manufacturing, the budget proposes measures to kick-start key sectors like textiles and automobiles and to promote local value addition. The budget has acknowledged that for the manufacturing sector to grow in double digits on a sustained basis, Indian manufacturing companies need to become an integral part of global supply chains and possess core competence and cutting-edge technology. To achieve this, Production-Linked Incentive (PLI) schemes to create manufacturing global champions for an AtmaNirbhar Bharat (“self-reliant India”) have already been announced for 13 sectors. New measures announced in this budget include:

While the budget has garnered a positive response from domestic industries, some experts have argued that not enough emphasis is placed on sectors such as education and defense. India is currently in a military standoff with China on its northern and northeastern frontier and defense experts have opined that the government needs to increase its defense budget substantially due to the threats it faces. In addition, the allocations for education has seen a 6 percent reduction despite the exigencies posed by the pandemic.