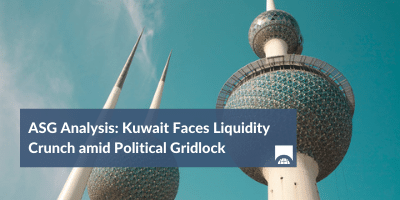 Kuwait swears in new cabinet amid heightened tensions with parliament

On March 3, Kuwait swore in a new cabinet, weeks after a deadlock with parliament forced the previous cabinet to resign after just a month in office. A majority of lawmakers in parliament had threatened to question Prime Minister Sheikh Sabah Al-Khalid Al-Sabah on various issues, including the composition of the cabinet. Rather than appear before them, the prime minister submitted the cabinet’s resignation and was reappointed by the Amir to form a new government. In an attempt to appease the opposition, the prime minister replaced four (of 16) ministers whose selection had angered opposition lawmakers with less controversial, veteran picks, including an experienced parliamentarian as one of two deputy prime ministers. He kept the rest of the cabinet largely in place, with some portfolio adjustments.

The formation of a new cabinet effectively reset the government-parliament relationship, since the current government cannot be held accountable for the actions of previous governments. However, the court decision annulling the election of leading opposition MP Bader Al-Dahoum has exacerbated tensions and made the continuation of this parliament (as opposed to the calling of new elections) more uncertain. In an apparent attempt to ease tensions with parliament and move past the current showdown, the government dropped charges today (March 17) against a large group of MPs – likely all members of the opposition – for gathering to hold a press conference in violation of Covid-19 restrictions.

Infighting between government and parliament is an enduring feature of Kuwait’s comparatively open political system, which has seen 17 governments and eight elections since 2006. But tensions have escalated since the opposition made sweeping gains in the December 2020 elections, picking up 24 of 50 contested seats at the expense of pro-government and liberal candidates. The results underscored the extent of public dissatisfaction with some government policies. The government has drawn criticism for its failure to respond effectively to the economic crisis and has been rocked by repeated corruption scandals.

This political turmoil has presented the first significant challenge for the new Kuwaiti Amir, Sheikh Nawaf Al-Ahmed Al Sabah, since his swift and non-controversial succession to the throne in October. Sheikh Nawaf had up to a year to appoint a crown prince but did so within a week, which eliminated speculation and uncertainty about potential succession challenges. After the resignation of his first government, Sheikh Nawaf suspended parliament for a month on February 18 and reaffirmed his choice of Sheikh Sabah Al-Khalid as prime minister, a sign that he does not intend to simply give in to parliamentary demands. The Amir constitutionally has the option to effectively dismiss parliament and trigger new elections.

The new government faces a daunting set of economic challenges. Kuwait has been hard-hit by the combination of the pandemic-related decline in global oil demand and repeated full and partial lockdowns, including a new nationwide curfew that began last week. Oil exports account for roughly 40% of Kuwaiti GDP and 90% of government revenues. Due to the collapse in oil prices and production, the Kuwaiti economy contracted by more than 8% last year, the deepest recession among the GCC countries, and government revenues fell by roughly a third, causing deficits to spiral to more than a quarter of GDP.

Kuwait’s central problem is that while it has the largest per capita financial reserves in the region, the bulk of these reserves are locked up in its Future Generations Fund (FGF), which cannot be tapped without approval from parliament. Kuwait has another fund, the General Reserve Fund (GRF), to cover budget deficits, but it is at risk of running dry in the coming months, leaving the government unable to pay salaries and meet other balance-of-payments needs. Last summer, parliament passed a bill suspending the previously mandatory transfer of 10% of annual government revenues into the FGF, which bought some time. The looming liquidity crunch has prompted international ratings agencies to downgrade Kuwait’s credit rating and outlook in recent months.

Against this backdrop, the government’s most pressing priority is to find enough support in parliament, including from some elements of the opposition, which is not monolithic, to push through the long-delayed debt law, which has been on parliament’s agenda since 2017. The law would enable Kuwait to tap international bond markets by more than doubling the debt ceiling and increasing the maximum length of bonds. The government has also submitted a draft law that would allow it to withdraw as much as $16.5 billion from the FGF. Both bills face an uphill battle in parliament once it reconvenes on March 18. Corruption scandals have hardened opposition lawmakers’ position that the government must root out graft before taking on more debt. The idea of tapping into the FGF, which was established to safeguard the country’s wealth for when it can no longer depend on oil revenues, is especially unpopular.

Although the recovery in international oil prices, which passed $60 per barrel last month and are heading toward $70 per barrel, could buy Kuwait some time, it is still likely a matter of months before the country runs out of liquid reserves. If parliament fails to pass the debt law, the government will have few good options. The government has made clear that it will not devalue the Kuwaiti dinar, which is pegged to a basket of currencies, recognizing that this would be catastrophic for confidence in the country’s fiscal stability. The Amir could alternatively suspend parliament and enact the debt law by executive decree, which would set off a political firestorm but avoid a financial crisis.

Even if Kuwait gets past its immediate liquidity crunch and oil prices rebound to pre-pandemic levels, its current spending trajectory is unsustainable. Last week, Finance Minister Khalifa Hamada said publicly that foreign borrowing was just a temporary measure, not a solution to Kuwait’s financial challenges. He noted the need for “radical” economic and financial reforms and the eventual expansion of non-oil revenues.

In January, Kuwait released its budget for the next fiscal year beginning in April. Although the projected deficit, which is based on a conservative oil price estimate of $45 per barrel, is down around 14% from 2020, government spending is still more than double revenues. At current oil production levels, Kuwait would need to sell its oil at around $90 per barrel for spending to match revenues. Over the medium term, the IMF estimates that government debt would need to increase from 12% to over 74% of GDP by 2025 to cover financing needs.

To curb these deficits, Kuwait needs to diversify its economy away from oil and address other structural imbalances, including dependence on the state as an employer and the runaway cost of the expansive welfare system. The government employs around 85-90% of employed Kuwaitis and provides generous food, fuel, and electricity subsidies, free healthcare and education, and various other benefits and allowances. Public salaries, allowances, and subsidies alone account for 72% of the Kuwaiti budget, limiting the amount the government can put toward strategic investments in infrastructure and other areas that spur non-oil economic growth.

The government has pushed repeatedly for reform efforts, but except for modest subsidy cuts approved in the wake of the 2014 oil price crash, these efforts have been blocked by parliament. Opposition lawmakers have simultaneously resisted allowing the government to borrow more money and opposed efforts to reform subsidies, trim public payrolls, and raise new taxes and fees. Shortly after taking the throne, Sheikh Nawaf urged lawmakers to support a “comprehensive reform program.” If parliament does pass the debt law, it could open the door to compromise on some reforms, but it is hard to see opposition lawmakers, emboldened by their electoral gains last December, embracing painful but needed austerity measures, especially if oil prices continue to recover.

Companies operating in Kuwait should carefully watch differences between government and parliament and debates over the debt law in the coming weeks for signs of parliament’s openness to compromise. If parliament fails to pass the debt law, the Amir is likely to do so by executive decree, which would avert a financial crisis but would likely spell the end of any hopes for cooperation between the government and the current parliament on broader economic reforms.

Meanwhile, companies should anticipate continued efforts by the government to manage costs in ways that do not require parliamentary approval. Last year, the government directed ministries to cut spending by 20%. We expect this focus on cost-containment to continue, with a range of potential trickle-down effects including some project delays or cancellations, heightened risk of delayed payment on government contracts, and more cost-conscious procurement. The risk of increased tax burden for companies operating in Kuwait is low in the near term, as any significant tax increases or new taxes – including the long-awaited GCC-wide VAT – would require parliamentary approval. Moreover, the government has advocated for and taken some steps to attract additional foreign investment and does not appear inclined toward policy changes that could jeopardize these efforts.