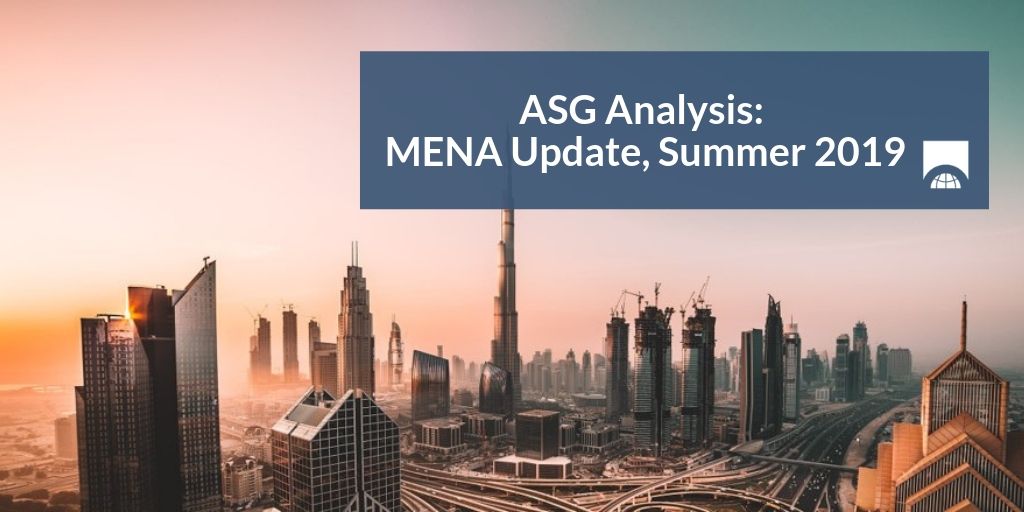 The new decree marks a highly symbolic relaxation of the guardianship system, which has historically treated women as legal dependents, regardless of age, and required them to obtain the consent of a male relative before making certain decisions in matters of work, travel, finances, law, and health. Although it has been widely heralded as an important rollback of this system, the decree leaves some restrictions in place, including the requirement that women obtain permission to marry.

The decree represents a continuation of incremental efforts under Vision 2030 to more fully integrate women into public life and the workplace. Last year, the government allowed women to start their own businesses without male permission and lifted a decades-long driving ban that had kept women reliant on chauffeurs and made it difficult for them to hold jobs outside the home. The government has also relaxed previously strict gender separation. Mixed-gender meetings are now commonplace in business and government.

These reforms, coupled with efforts to reduce reliance on foreign workers and attract women into previously male-dominated fields, have boosted women’s employment. Female labor force participation reached 19.7 percent in the third quarter of 2018, up from 17.8 percent in 2017. Relaxation of the guardianship system is likely to build on this progress, by enhancing women’s mobility and providing them with basic protections against employment discrimination. However, even with these legal changes, social customs that discourage women from working outside the home remain a potential barrier to full inclusion.

The UAE Telecommunications Regulatory Authority (TRA) is planning to enact a new data protection law expected to be modeled on the European Union’s General Data Protection Regulation (GDPR). The move comes as the country prepares to implement its National Cybersecurity Strategy, which is set to go into effect between 2020 and 2025. The Strategy includes 60 initiatives across nine sectors where the integrity of cyber infrastructure is critical: government, energy, ICT, electricity and water, finance and insurance, emergency services, health, transportation, and food and agriculture.

These initiatives are intended to address growing concern over cybercrime, which affected more than 3.7 million people in the UAE in 2017 and cost nearly AED 3.86 billion ($1.05 billion). The Strategy aims to strengthen cybersecurity infrastructure; toughen cybercrime laws; develop regulations to ensure the safety of emerging technologies like cloud computing and blockchain; require government contractors to meet certain cybersecurity standards; develop new cybersecurity standards for Emirati SMEs; and build a portal to help SMEs implement those standards, among other measures.

The adoption of a GDPR-style data protection law would be perhaps the Strategy’s most significant step in terms of its impact on the business community. Although it is difficult to know what specific provisions will make it into the eventual regulation, it is safe to assume that the law will impose more onerous restrictions on the collection and processing of personal data and limits on the transfer of data internationally. This would have a significant impact on all companies that collect and process personal data, especially those that are based abroad and those that collect data intensively, such as advertising technology (adtech) companies.

While the adoption of a GDPR-style regulation would impose an added regulatory burden on many companies, the experience with GDPR suggests that its impact would be manageable. Global technology companies, most of which initially opposed GDPR, have generally found compliance to be easier than anticipated and some have come to view the law as an opportunity to improve their data management, rather than a hindrance. Additionally, the Cybersecurity Strategy is likely to be a major boon for the fast-growing Emirati cybersecurity sector, currently valued at AED1.8 billion ($490 million). The TRA plans to provide further training for 40,000 cybersecurity professionals and open new job cybersecurity-related job opportunities.

The UAE attempts a graceful exit from Yemen

UAE officials confirmed in early July that the UAE had ordered a partial military withdrawal from Yemen after four years of fighting in the country. The UAE has been a prominent member of the Saudi-led coalition effort against the Iran-backed Houthi rebels, providing the bulk of ground and naval forces, while Saudi Arabia has relied largely on airstrikes.

The drawdown began months ago and does not appear to be a direct result of recent Iranian activity in the Persian Gulf, although some analysts have speculated that the UAE may have redeployed its forces home partially out of concern about protecting the homeland in the event of hostilities with Iran. While the U.S. was quick to blame Iran for the tanker bombings off the Emirati coast, the UAE has refrained from openly accusing Iran, potentially given its vulnerability in the event of an armed conflict as well as longstanding business ties between Dubai and Iran, which have been hard-hit by the renewal of U.S. sanctions. Dubai has historically had a better relationship with Iran than the capital Abu Dhabi.

The Emirati withdrawal also points to strategic differences between the UAE and Saudi Arabia. Emirati officials have stressed that the withdrawal is a natural response to the winding down of the conflict in Yemen, that it was discussed at length with Saudi Arabia, and that anti-terrorism efforts against Al-Qaeda militants in Yemen will continue as usual. However, the drawdown is likely to cause some friction with the Saudis, especially since the UAE was its one key military partner in the war effort. Although the two countries have forged an increasingly close security partnership in recent years, they have very different interests in Yemen. Saudi Arabia shares a land border with Yemen, and the Saudi government wants to decisively address Houthi rebels’ sporadic rocket-fire into Saudi territory. In contrast, the UAE has arguably already satisfied one of its two main goals for intervention, the safeguarding of its shipping routes between the Gulf of Aden and the Red Sea; the other goal is to counter the growth of Al Qaeda. Although both countries have publicly indicated that their goals do not diverge in any meaningful sense, in practice the UAE withdrawal leaves Saudi Arabia increasingly isolated in Yemen and puts Riyadh under mounting pressure to pursue a political rather than a military end to the conflict.

The civil war in Libya moves toward stalemate

The civil war in Libya continues to intensify as the Libyan National Army (LNA), led by renegade general Khalifa Haftar, struggles to seize the capital Tripoli from the UN-backed Government of National Accord (GNA). Since launching its attack on Tripoli in April, the LNA has seized towns and villages around Tripoli, isolating the city, and penetrated its southern suburbs. However, LNA momentum has slowed recently. The group suffered a major setback in late June when the GNA retook the strategically important town of Gharyan south of Tripoli.

A stalemate between the LNA and the GNA, which looks increasingly likely, has the potential to make the humanitarian situation worse. Fighting in the southern suburbs has already killed more than 1,000 people and displaced another 100,000. It has also caused significant damage to water and electricity infrastructure. July saw power cuts as long as 14 hours per day in Tripoli, amid a nation-wide heat wave.

The fighting also threatens Libyan oil production. Oil revenues fell 11.2% in the first half of 2019 relative to the same period last year. On July 31, the Libyan National Oil Corporation suspended operations at its largest oilfield for the second time in a month, citing sabotage efforts by unknown attackers. Concern that the fighting could further disrupt Libyan oil supplies is one factor diving recent volatility in global oil prices.

Finally, the civil war creates an opening for terrorist groups and poses spillover risks for neighboring countries. ISIS has taken advantage of the LNA’s pivot towards Tripoli to advance into southern Libya, where the group has been carrying out assassinations of local officials and seizing new territory. The Tunisian economy has suffered heavily from the chaos. Hundreds of businesses in southern Tunisia, where communities rely heavily on shipments coming through Libya, have been forced to close. Combined with the unrest in Sudan and Algeria, the instability in Libya makes the business environment in North Africa more uncertain.