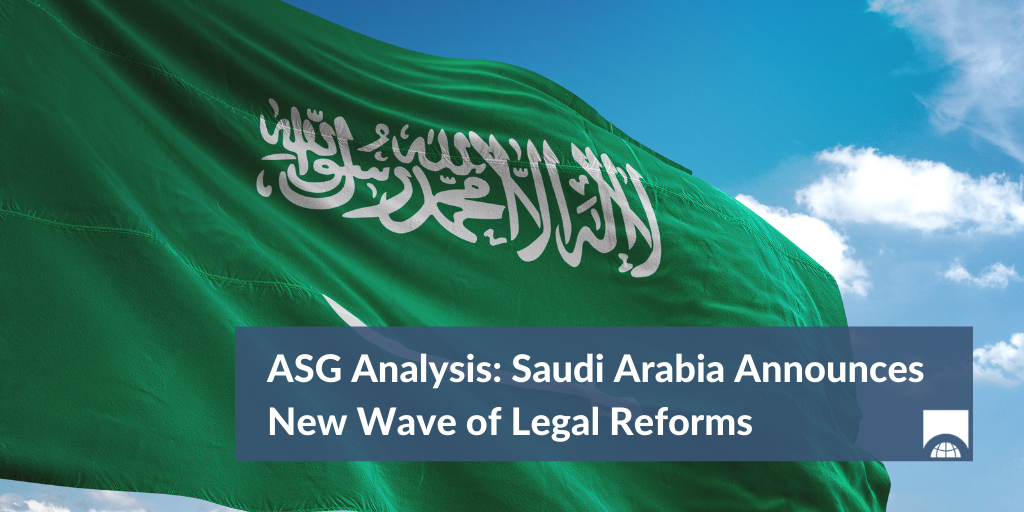 The idea of codifying the sharia – a massive body of canonical law based on the Quran and the teachings and traditions of the Prophet Mohammed – has been a subject of discussion in Saudi Arabia for several decades. The religious establishment has long been divided on the question, but conservative elements opposed to the effort have held the upper hand. Under former King Abdullah, the government tried to create a registry for all court decisions – the “Code of Judicial Decisions” – to serve as a common reference for jurists, but the project was ultimately abandoned. As a result, the judicial system today continues to be based on uncodified sharia, giving judges broad discretion to decide cases as they see fit.

The announcement that a “new wave of judicial reforms” is already underway shows just how much has changed in the past few years. The Crown Prince has taken aggressive steps since coming to power to curb the influence of the religious establishment. He has stripped the religious police of their power to arrest and pushed reforms expanding the role of women in public life. Women are now able to drive, more easily open their own businesses, and congregate with men in public. The controversial guardianship system, which required women to have the approval of a male relative for most important decisions, has largely been abolished. The announcement of broader judicial reforms – undoubtedly over the objections of parts of the religious establishment – is at once a continuation of this trend and a sharp departure from the legacy of frustrated attempts at judicial reform.

The four draft laws currently under development – the Personal Status Law, the Civil Transactions Law, the Penal Code for Discretionary Sanctions, and the Law of Evidence – appear to be consistent with this focus on social reforms and elevating the status of women. The highest-profile law is the Personal Status Law, which will govern issues such as marriage, divorce, child custody, and inheritance. This is one area where women have historically had fewer rights than men and where judges have exercised broad discretion in interpreting sharia.

According to the Crown Prince, these laws will be drafted to align with international legal best practices and standards while remaining consistent with sharia. This approach would be similar to what already exists in the UAE, which has a dual legal system of European-style civil law and sharia. Civil courts hear most cases, including commercial disputes, while sharia courts retain jurisdiction over personal status issues but operate under the constraints of codified personal status and civil transactions laws. This seems to be the direction in which Saudi Arabia is moving with its legal reforms, though there is no indication yet whether the Kingdom will seek to disapply sharia across much of the legal system as the UAE has done.

The scope and ambition of Saudi legal reforms will become clearer over the course of this year as the draft laws are finalized and released. Before entering effect, the laws will need to be approved by the Council of Ministers (the Saudi cabinet) and the Shura Council (the consultative legislative body that advises the King).

With the caveat that we will not know exactly what these laws cover until they are released, the law that is most likely to have implications for foreign companies operating in the Kingdom is probably the Law of Evidence, which we expect will govern standards for evidence in all legal cases including business disputes. More broadly, the Crown Prince’s stated ambitions for the judicial reform effort – increasing judicial efficiency and transparency, strengthening oversight of judicial procedures, and reducing discrepancies in court decisions – are positive signs that the Kingdom is moving toward a more user-friendly judicial system. In his statement announcing the laws the Crown Prince specifically emphasized the lack of a modern legal framework for businesses and the private sector, which could suggest that long-awaited changes to commercial and contracts laws are on the horizon.