Reducing inequality is a moral imperative 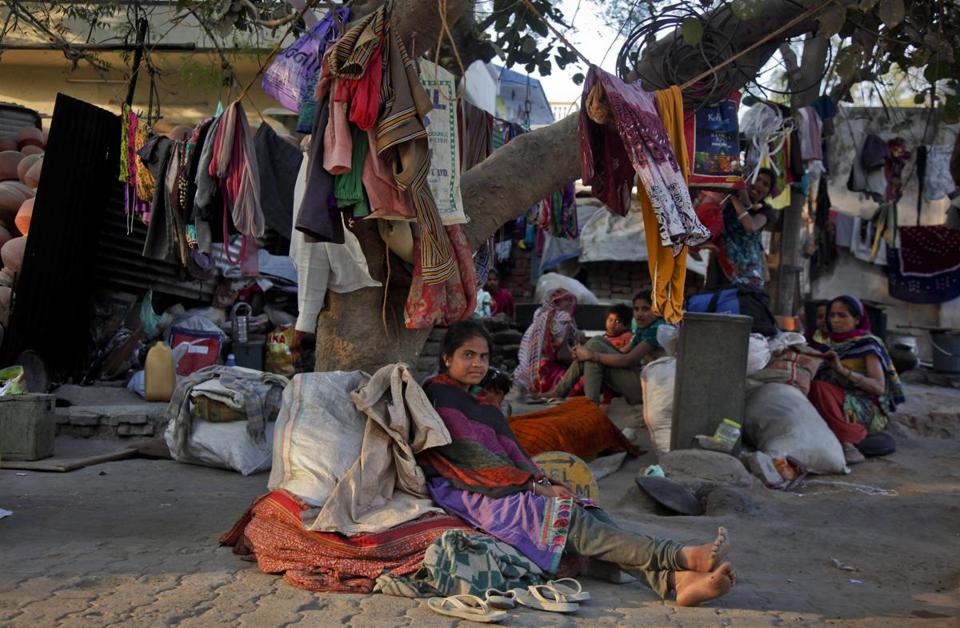 Indian laborers rested under a tree where they live in Ahmadabad, India, on Jan. 19.

FROM THE US presidential contest to protests in the Middle East, frustration over the widening gap between rich and poor is driving and disrupting global politics.

The anger is palpable, and certainly understandable. Glimmering skyscrapers are rising on “billionaires row” in Manhattan, while people in Flint, Mich., lack safe drinking water. Oxfam International reports that the 62 richest people now have as much wealth as the bottom half of the world’s population. Thanks to technology, the entire world can now see in real time and high definition the growing chasm between its haves and have-nots.

There is no question that widening inequality is a defining challenge of our time. That is why Sunday’s Albright Institute Symposium at Wellesley College will be devoted to the subject of global inequality. By bringing together academic experts, policy makers, and young leaders working in the field, we hope to generate new ideas and new momentum to tackle this problem, keeping in mind a few key principles.

First, reducing poverty and inequality is not only a moral imperative, it is also an economic necessity. I remember a time when some touted the benefits of “trickle-down” economics. Well, it turned out the trickle never reached the bottom. In fact, evidence shows that economies where only the rich do better witness more frequent slowdowns, while countries where the poor do better generally experience higher GDP growth. Income distribution matters for sustainable economic growth.

Second, smart policies focused on the poor and middle class can reduce inequality. We need not accept extreme poverty as inevitable. Improving educational quality, ensuring that the poor have the same legal protections as others, and increasing access to health care can all help promote an economic system that is equitable, efficient, and capable of sustained growth.

These elements are also consistent with the idea that strong economies do not come from the ripples created by the rich, nor from handouts provided by government; a healthy economy is like a house — it must be built from the ground up.

Third, tackling income inequality and tackling gender inequality must go hand in hand. Although significant progress has been made in closing the gender gap over the last 20 years, a new report by the World Economic Forum suggests that the annual pay for women still only equals the amount men were earning 10 years ago. Moreover, the report suggests that if current trends continue, it will take another 118 years before the pay gap between men and women is closed. We simply must apply more urgency to this problem, which is why we should all support the ambitious target set by the UN to achieve gender parity by 2030 as part of the new sustainable development goals. The involvement of the UN is also a clear sign that the broader challenge of inequality needs both national and international attention.

A fourth principle is that while technology is a cause of rising inequality, it can also be a part of the solution. Consider that within a decade, more than two-thirds of people living across the Middle East and North Africa will have a smart mobile device with the computer power equivalent to what all of NASA had in 1969 when it put a man on the moon. These devices could open up unprecedented entrepreneurial and educational opportunities, including through virtual exchanges.

Still, we must also recognize that the dislocations caused by globalization have contributed to the problem of inequality, and technology affords new avenues for the venting of this frustration. And while one cannot draw a direct link between poverty and terrorism, it is not hard to see how stark inequality breeds instability and the conditions where extremism takes root. So we must find an antidote to the feelings of selfishness and social helplessness that risk defining this era.

One important way leaders can help is by encouraging public service. That’s because service is transformative, making people more aware of needs around them. It bridges races and classes, diminishing differences in the pursuit of common goals. And it demonstrates that difficult national and international problems can be addressed and overcome by citizen action.

In recent years, the world has grown more and more aware of the fact that it cannot prosper if it is too sharply divided between rich and poor. We have learned that it is not enough to raise national income or increase national rates of economic growth, for even then, the majority of the population is often excluded. The key instead is to look for inclusive ways to promote growth so that even those who have very little will be able to climb the ladder of opportunity.

None of this will be easy, and the problem of inequality cannot be solved overnight. But it is important to try — not only because it is right, but because a more inclusive world will also be more peaceful than one where many people starve, while others buy diet books.

Madeleine K. Albright served as the 64th US secretary of state and is a professor at Georgetown University’s School of Foreign Service.