The Ukraine crisis is even scarier than you think: Russia’s strongman is making it up as he goes along

After this week’s devastating military setbacks for the Ukrainian government, Western observers are trying urgently to get inside the head of Vladimir Putin . But the practitioners of this burgeoning cottage industry—call it Putinology—are missing one essential point: Mr. Putin has largely been improvising his way through the current crisis. That means that the Ukraine showdown is even scarier and more dangerous than you think: Mr. Putin is making it up as he goes along.

The Russian leader has routinely experimented with (and quickly jettisoned) any number of concepts, strategies and approaches, all in the name of gaining short-term advantage. Mr. Putin may be living “in another world,” as German Chancellor Angela Merkel reportedly suggested to President Barack Obama —but in our world, which Mr. Putin is busily remaking, he seems to think that keeping his opponents guessing and off-balance is an end in itself.

In opinion columns and books, the Putinologists have been struggling to explain the thinking of the man who, almost single-handedly, seems to be dragging much of the West into a new Cold War. Like their Kremlinologist forebears, they try to decode Moscow’s intentions through painstaking analyses of the Russian leader’s every public utterance or symbol-laden photo op; they comb through minute aspects of Mr. Putin’s career and private life; they sift for clues in the output of Russia’s sprawling state propaganda apparatus. A lucky few even get invited to come to Russia once a year to sit down over elegant meals with the man himself and other mandarins and courtiers who spin them on how things really look from Moscow.

But the most plausible explanation of Mr. Putin’s behavior is even more unnerving: He’s winging it, and when things get difficult, he tends to double down.The larger-than-life portrait of Mr. Putin that usually results from such research is trotted out to support whatever sweeping conclusions about the Ukraine crisis seem relevant at a given moment. Thus we are told that Mr. Putin’s aggression in Ukraine and confrontational stance toward the West are natural extensions of his years in the KGB, where he must have been schooled in the black arts of Soviet intelligence and steeped in feverish anti-Americanism. (Never mind that Mr. Putin’s rather undistinguished KGB career was concentrated in the unglamorous field of counterintelligence, with big chunks of time spent in backwaters such as a Dresden field station and the campus of Leningrad State University.) Mr. Putin’s public flirtations with the trappings of Russian tsarism—including its Russian Orthodox faith and imperialist, anti-Western ideology—are sometimes cited as reflections of a deep-seated desire to reestablish control over the newly independent countries that emerged from the wreckage of the Soviet Union. Similarly, Mr. Putin’s dismaying assertion of a Slobodan Milosevic-style right to “protect” ethnic Russians and Russian-speakers beyond his borders has stoked fears of bloody meddling in neighboring countries such as the Baltics and Kazakhstan.

How did we get to this point?

Part of the answer lies in the extreme personalization of political power following Mr. Putin’s return to the Kremlin in the spring of 2012. He then dramatically centralized the Russian government’s decision-making process. Few issues were too petty to be brought before him. One political insider illustrated the point for me by suggesting that even some professional hockey trades needed his personal blessing.

As the Ukraine crisis intensified in late 2013 and early 2014, Mr. Putin narrowed his circle of advisers even further, putting the Kremlin on a de facto war footing and limiting those truly in the know to longtime associates with similar backgrounds in intelligence and military operations. In the absence of real give-and-take or the consensus-based style of decision-making that had generally prevailed during his first two terms in office, Mr. Putin’s decisions became overwhelmingly tactical—and often internally contradictory. What counted for him was loyalty and tight lips—not, say, an intimate knowledge of the global economy or a sophisticated grasp of the way Western unity would be strengthened by appalling misdeeds like the July 2014 shootdown of a civilian airliner over Donetsk, Ukraine. 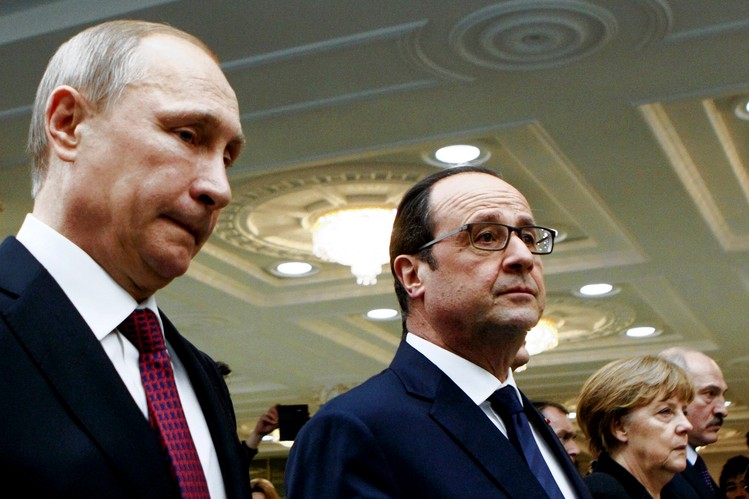 Mr. Putin’s tendency to view nearly every situation through a short-term tactical lens has been a unifying theme throughout the grinding Ukraine crisis. The seizure of Crimea is a particularly painful case in point.

Mr. Putin was blindsided last February by the violent collapse of the regime of Ukrainian President Viktor Yanukovych. For weeks, Mr. Yanukovych had resisted Kremlin demands to crack down on pro-Western protesters angered by his scuttling, under Russian pressure, of a pact that would have moved Ukraine closer to the European Union. Finally, Mr. Yanukovych unleashed his security forces; a still-unknown group of snipers killed dozens of demonstrators in Kiev’s Maidan Square. Events quickly spun out of control, and Ukraine edged toward civil war. European diplomats hurried to Kiev to negotiate a face-saving deal that would have kept Mr. Yanukovych in power until early elections in December 2014. But no sooner had the agreement been signed than the duly elected Ukrainian head of state asked his staff to start packing up his valuables so that he could flee the capital.

At this moment, Mr. Putin faced the indignity of possibly losing Ukraine for a second time. In 2004, the triumph of the pro-Western Orange Revolution had been a searing defeat for the Kremlin, which had acted heavy-handedly during a presidential campaign marred by election falsification. This time around, Mr. Putin had fallen into a similar trap, staking significant personal prestige on keeping the hapless Mr. Yanukovych in power, thanks largely to perhaps as much as $20 billion in financial support and gas-price incentives.

Mr. Putin later conveniently accused Western governments of double-crossing him and orchestrating Mr. Yanukovych’s removal. But the truth was that Mr. Putin had only himself to blame for backing a leader who simply panicked when the going got tough. (Mr. Yanukovych’s loss of nerve should not have come as a total surprise; there is a memorable video of him collapsing in a heap on the campaign train in 2004 after being hit in the chest by an egg, which he mistook for an assassin’s bullet.)

Despite the surge in popularity back home that accompanied his spur-of-the-moment seizure of Crimea, Mr. Putin’s decision to stage a sham popular referendum and formally annex the territory brought a number of headaches that no one in the Kremlin seemed to think through in advance. What was a credible rationale for the most audacious European land-grab since World War II? Why on Earth would Moscow want to take over a money pit like Crimea at a time of slowing economic growth and plunging oil prices? On the fly, Kremlin propagandists came up with a mantra that they invoke to this day: The new authorities who replaced Mr. Yanukovych in Kiev were illegitimate because they had staged a coup d’état with Western backing; Ukrainian ultranationalists were ensconced in senior government positions and running illegal armed groups; ethnic Russian citizens were in grave danger and deserved to be protected by Moscow and “patriotic volunteers.” 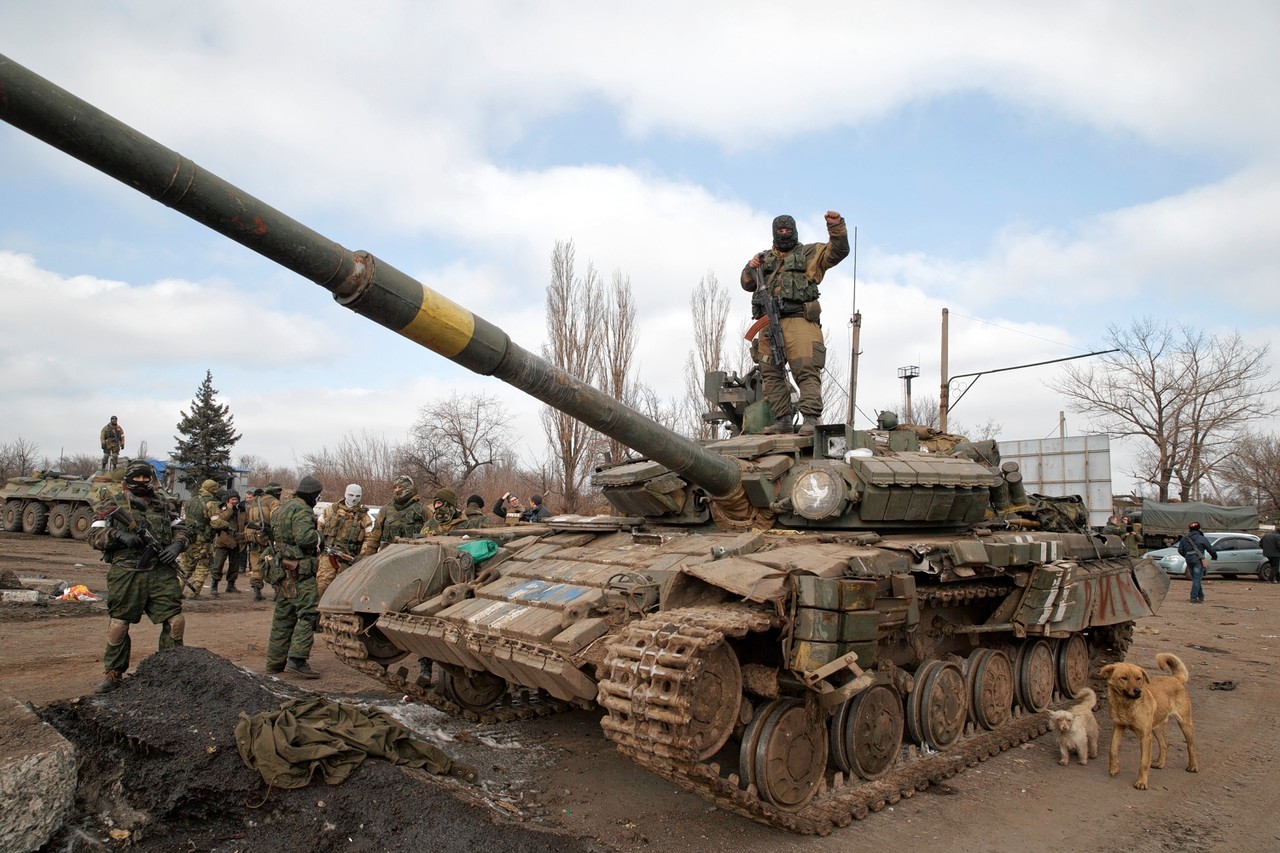 Mr. Putin began cloaking himself with language seemingly lifted from former Serbian strongman Milosevic’s playbook; he spoke of using force to defend the safety and well-being of ethnic Russians and Russian-speakers living in neighboring countries. That turnaround could hardly have been more striking: Throughout his time as president or prime minister, Mr. Putin had consistently avoided playing to ethnic-based nationalism. He seemed well aware that ethnic chauvinism could bring havoc to the multiethnic Russian state—and could alienate prospective members of a proposed Eurasian Union that he touted as the main project for his third term in the Kremlin.

Against this backdrop, Mr. Putin’s efforts look more like a short-term tactical play than a carefully considered embrace of an ethnocentric approach to defending Russia’s declared interests in its neighborhood. Mr. Putin’s nationalist credentials have never been terribly strong. Before the Ukraine crisis, many prominent Russian nationalists openly despised him for creating a political regime in which corruption knew no limits, an inner circle that contained relatively few ethnic Russians and an expensive, unseemly co-dependency on a ruthless, violent Chechen warlord named Ramzan Kadyrov (whose countrymen seem to be playing an important supporting role in the fighting in eastern Ukraine). Just a few years ago, one of the most powerful grass roots political activities in Russia was a nationalist-led campaign entitled “Stop Feeding the Caucasus,” which had clear racial overtones.

This pattern of damn-the-consequences, trial-and-error improvisation was also vividly demonstrated in the Kremlin’s initially ill-starred efforts to sow instability and separatist sentiment in southeastern Ukraine. Early attempts to rally public support against the new, “fascist government” in Kiev were a flop. Moscow was caught off-balance by the lack of popular support in the region for the separatist cause. So Mr. Putin resorted to Plan B, which focused on seizures of government and police buildings by groups of ragtag locals aided (and, in many cases, armed and led) by facilitators with connections to the Russian intelligence and military establishment.

Mr. Putin’s pattern of winging it continues to this day. Just a few weeks ago, he quietly reached out to Ms. Merkel and French President François Hollande with a diplomatic initiative to de-escalate the dangerous situation in eastern Ukraine. After considerable shuttle diplomacy and a high-stakes summit meeting in Minsk with Ukrainian President Petro Poroshenko, Mr. Putin agreed to a new cease-fire framework that was widely seen as advantageous to Moscow.

Mr. Putin’s highly personalized, profoundly erratic approach to governing and waging a deadly war in the heart of Europe suggests that the Ukraine crisis may be even more dangerous than most Western governments are comfortable admitting. How can the Ukrainians or dogged Western leaders such as Ms. Merkel possibly search for a diplomatic solution if they are dealing with a leader who is making it all up on the fly? As one senior Ukrainian official memorably put it at a closed-door briefing in Davos a few weeks ago, Kiev doesn’t know what Mr. Putin wants; even Mr. Putin doesn’t know what he wants.But instead of declaring victory, Mr. Putin chose once again to escalate the conflict. The intense fighting that has followed the Minsk meeting—and the horrific reports of Ukrainian military and civilian casualties—have now thoroughly alienated precisely the European constituency that Mr. Putin has been counting on to eventually push to ease the painful sanctions on Moscow and inhibit possible Western weapons shipments to Kiev.

The unexpected surge in fighting around Donetsk and Luhansk is only the latest illustration of how difficult it has been for the West to predict the direction of the Ukraine crisis. As the war drags on, so too does the risk of an escalatory spiral that no one in the West wants. Russian military aircraft, often without their transponders, are showing up more frequently in close proximity to European airspace, creating unacceptable risks of accidents and dangers to civilian airliners.

Unfortunately, it is too early to tell whether Mr. Putin’s dangerous improvisations are reaching a crescendo. He certainly isn’t the only one who’s winging it; Western responses to Russia’s brazen moves in Ukraine have been highly reactive, not the product of a comprehensive strategy to deal with the long-term threat posed by Mr. Putin’s policies. Western policy makers must grasp the harsh reality that Mr. Putin’s pattern of impulsive, reckless behavior places him in unwelcome company—namely, alongside his reviled predecessors Boris Yeltsin and Mikhail Gorbachev. Both men were undone by a series of blunders that destroyed their careers and reputations—and, in Mr. Gorbachev’s case, his country. The consequences of the crisis that Mr. Putin has unleashed may be no less grave.

Mr. Weiss is vice president for studies at the Carnegie Endowment. During the administrations of Presidents George H.W. Bush and Bill Clinton, he worked on Russian, Ukrainian and Eurasian affairs at the National Security Council, the State Department and the Defense Department.