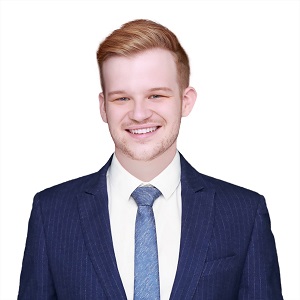 Christopher Hall is an Analyst with ASG’s China practice in Beijing. He supports the practice with research, editing, and analysis across all areas of client interest.

Prior to joining ASG, Mr. Hall worked for the Central Institute of Party History and Literature (formerly the Central Compilation and Translation Bureau), where he was responsible for producing the official English-language versions of documents released by the Communist Party of China and the Chinese government. His work included articles published in Qiushi Journal, speeches and writings of Chinese leaders, and reports for the annual Two Sessions. In this position, Mr. Hall analyzed the latest policy changes in China from trade and investment to public health and the environment and designed strategies for conveying this information to an international audience.

Previously, Mr. Hall worked as an intern for Microsoft Research Asia in Beijing, where he supported the development of an artificial intelligence-powered online learning application, and as a program assistant at Fudan University in Shanghai, where he played an administrative role for an international exchange program.

Mr. Hall earned an M.A. in International Relations from Peking University, writing his thesis on Canada-China trade relations. He also holds a B.A. (Honors) from Queen’s University in Kingston, Ontario, where he studied history and world languages.

Mr. Hall speaks Mandarin Chinese. He is based in Beijing, China.