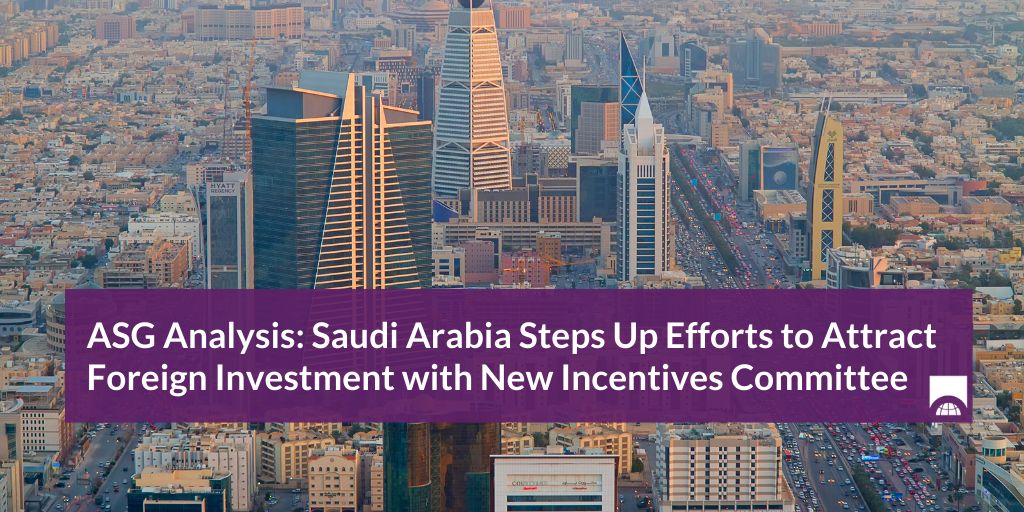 The NIC is empowered to regulate, approve, and supervise the process for awarding incentives for local and foreign investment projects. Some of the most important aspects of the announcement include:

This is especially relevant for companies currently doing business in the Kingdom, as the NIC will play an important role in defining and setting the limits of incentives for certain initiatives, such as in the RHQ program and the SEZ regulatory framework. Companies will likely not engage directly with the NIC on incentives but should continue to prioritize engagement with their relevant sector stakeholders, which will now have to seek the NIC’s approval on any incentives they wish to offer. One exception is for big-ticket projects, such as the Lucid Group investment deal, where the NIC may be willing to engage directly with companies to negotiate tailored incentives. Lucid – in which the Saudi Public Investment Fund (PIF) is a majority shareholder – received $3.4 billion in financing and incentives (including offtake agreements for a certain number of vehicles) for establishing a factory in Saudi Arabia.