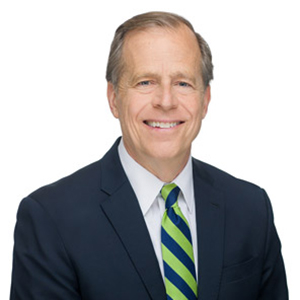 Ambassador Glyn Davies is a Senior Advisor at ASG, where he draws on a long and distinguished diplomatic career to advise clients on business and investment strategies in East Asia & the Pacific and beyond.

Ambassador Davies held posts in Africa, Asia, Australia, Europe, and Washington, D.C. during his 38-year foreign service career, most recently serving as the U.S. Ambassador to Thailand. He earlier served as Special Representative for North Korean Affairs, coordinating U.S. participation in the Six Party Talks, and as the U.S. Permanent Representative to the United Nations Office in Vienna. Additional senior roles included Political Director for the U.S. presidency of the G-8 in 2003-2004, Deputy Chief of Mission at the U.S. embassy in London, and Executive Secretary of the White House National Security Council.

He received his M.S. with distinction in National Security Strategy from the National War College, and his B.S. in Foreign Service from Georgetown University.