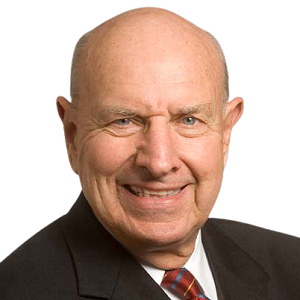 Ambassador Thomas R. Pickering is Senior Counselor at ASG, where he draws on expertise honed during a distinguished career as a U.S. diplomat to help clients pursue growth and investment strategies around the world.

Ambassador Pickering served as U.S. Ambassador and Representative to the United Nations under President George H.W. Bush, as well as U.S. Under Secretary of State for Political Affairs under President Bill Clinton. He holds the personal rank of Career Ambassador, the highest in the U.S. Foreign Service. In a diplomatic career spanning five decades, he was also U.S. ambassador to the Russian Federation, India, Israel, El Salvador, Nigeria, and the Hashemite Kingdom of Jordan.

After government, he was the Senior Vice President, International Relations, of The Boeing Company. Previously, he was President of the Eurasia Foundation.

Ambassador Pickering is a Distinguished Senior Fellow at the Brookings Institution. He is active on a number of non-profit boards, including of the International Crisis Group, where he was previously Chairman and Co-Chairman of the Board. He is the current Chairman of the Boards of the American Academy of Diplomacy, the Washington Institute of Foreign Affairs, and the Institute for the Study of Diplomacy at Georgetown University. He has been a Trustee at the Council on Foreign Relations (where he is currently a member) and the Aspen Institute, and is a member of the International Institute of Strategic Studies.

Ambassador Pickering received an M.A. from the Fletcher School of Law and Diplomacy at Tufts University, an M.A. from the University of Melbourne, and a B.A. from Bowdoin College. He has received honorary degrees from Bowdoin College and 14 other universities. He received the Distinguished Presidential Award and the Department of State’s highest award, the Distinguished Service Award.

He speaks French, Spanish, and Swahili and has some fluency in Arabic, Hebrew, and Russian.