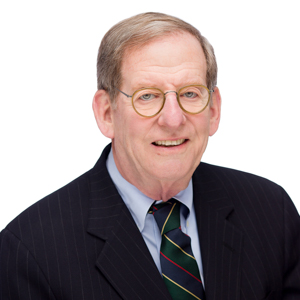 Ambassador Richard L. Morningstar is a Senior Advisor at ASG, where he draws on his deep experience in Europe and the energy sector broadly to help ASG clients identify strategic advantages and grow their businesses across Europe and Eurasia, and around the world.

He is the founding Director and Chairman of the Global Energy Center at the Atlantic Council.

From 2012 to 2014, he served as U.S. ambassador to the Republic of Azerbaijan. Previously, he was the U.S. Secretary of State's Special Envoy for Eurasian Energy. Prior to that, he lectured at the John F. Kennedy School of Government at Harvard University and at Stanford Law School.

From 1999 – 2001, he served as U.S. ambassador to the European Union. Prior to this, he served as Special Advisor to the President and Secretary of State for Caspian Basin Energy Diplomacy, where he was responsible for assuring maximum coordination within the executive branch and with other governments and international organizations to promote U.S. policies on Caspian Basin energy development and transportation.

From 1995 to 1998, he served as ambassador and special advisor to the President and Secretary of State on Assistance for the New Independent States of the former Soviet Union, where he oversaw all U.S. bilateral assistance and trade investment activities in the NIS. From 1993 to 1995, he was Senior Vice President of the Overseas Private Investment Corporation (OPIC).

Prior to returning to the government in 2009, Ambassador Morningstar served on the board of the American Councils for International Education and a trustee of both the Kosovo-America Educational Foundation and the Eurasia Foundation. He is a member of the Council on Foreign Relations.

Ambassador Morningstar received his J.D. from Stanford Law School in 1970 and his B.A. from Harvard University in 1967.