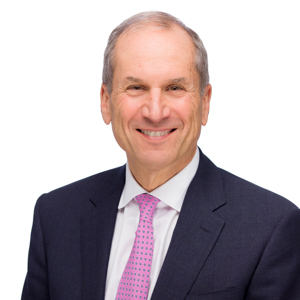 Philip Winder is a Senior Advisor with ASG’s Middle East & North Africa practice, providing strategic advice to clients throughout the region by drawing on his expertise in finance and investment management.

In 1994, Mr. Winder managed a worldwide team as Head of Global Sales and Marketing for Credit Suisse Asset Management. Previously, he led business development in Europe and the Middle East at Bankers Trust Investment Management in London. During this period, he started one of the first multinational investment management operations in Europe, a joint venture between Bankers Trust and the Spanish government-owned insurance company, Musini.

Earlier in his career, he worked for National Commercial Bank, where he helped design and launch one of the first investment management businesses in the Middle East. He also worked as a financial analyst at Brown Brothers Harriman & Co., and served as an economist in the Foreign Department of the Federal Reserve Bank of NY for six years, focusing on energy, the Middle East, and central bank relations.

Mr. Winder has written and spoken extensively about fund management and asset allocation for various publications and outlets including: Institutional Investor Magazine, the Middle East Economic Digest, Bloomberg, and Pensions World. He serves as Vice Chairman of the Board of Trustees, and Chair of the Investment Committee of the American University of Beirut. He is also a member of Renaissance, serves on the Board of Georgetown University’s Center for Contemporary Arab Studies, and is a member of the Bretton Woods Committee. Additionally, he is a founder and former director of Zawya, an online business intelligence platform focused on the Middle East and North Africa.

He earned an M.S. in Foreign Service from Georgetown University and a B.A. from Haverford College. Mr. Winder speaks French and conversational Arabic.

He is based in Princeton, New Jersey.