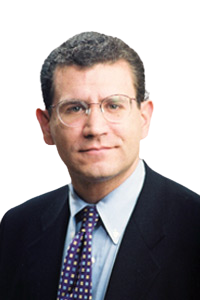 Kenneth Pollack is a Senior Advisor at ASG, where he advises clients on issues related to the Middle East, drawing on decades of experience in Middle Eastern political and military affairs, with particular emphasis on Iraq, Iran, Saudi Arabia, and the other nations of the Persian Gulf region.

Dr. Pollack also serves as a resident scholar at the American Enterprise Institute.

He has held numerous U.S. government positions, including at the White House and Central Intelligence Agency. He began his career as an Iran-Iraq military analyst at the Central Intelligence Agency, where he was the principal author of the CIA’s classified post-mortem on Iraqi strategy and military operations during the Persian Gulf War of 1990-1991.

He also served twice on the staff of the National Security Council, as Director for Near East and South Asian affairs, and as Director for Persian Gulf affairs. In this latter capacity, he was the principal working-level official for U.S. policy toward Iraq, Iran, Yemen and the Gulf Cooperation Council States at the White House.

Dr. Pollack was also a Senior Research Professor at the Institute for National Strategic Studies at the National Defense University, where he principally worked on long-term issues related to Middle Eastern political and military affairs for the Joint Chiefs of Staff. He has been the Director for National Security studies at the Council on Foreign Relations, and Research Fellow at the Washington Institute for Near East Policy. He also served as Senior Fellow at the Saban Center for Middle East Policy at the Brookings Institution and as the Saban Center’s director of research.

He has authored or co-authored seven books on the Middle East.

Dr. Pollack received his Ph.D. in Political Science from the Massachusetts Institute of Technology and his B.A. from Yale University.