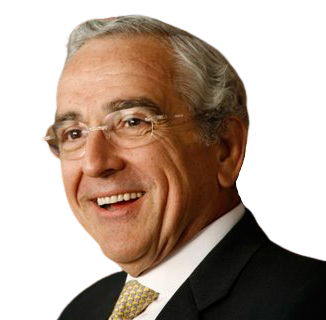 Roberto Dañino is a Senior Advisor with ASG’s Americas practice, where he draws on a distinguished career in public service and international investment to advise clients on business and growth strategies in Peru and across Latin America.

Mr. Dañino is the former Prime Minister of the Republic of Peru and a leading Peruvian businessman. After leaving office, he served as Peru’s Ambassador to the United States. He was also Senior Vice President and General Counsel of the World Bank, as well as Secretary General of the International Centre for Settlement of Investment Disputes (ICSID).

Mr. Dañino has held senior leadership roles within the private sector, including as founding General Counsel of the Inter-American Investment Corporation (now IDB Invest), the private sector arm of the Inter-American Development Bank. Earlier in his career, he practiced corporate law in the United States and Peru, serving as Chairman of the Latin American Practice Group at Wilmer Hale.

Mr. Dañino serves on the boards of various corporations and nonprofit organizations around the world, including the advisory boards of Goldman Sachs, the Open Society Foundations, and Human Rights Watch. He previously served as Vice Chairman of the Hochschild Group, an industrial conglomerate, as well as on the advisory boards of Uber Technologies and The Coca Cola Company Latin America.

He received his law degrees from Harvard University and the Catholic University of Peru.

He is based in Lima, Peru.