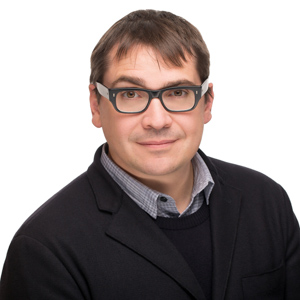 Michael Auerbach is a Senior Vice President at ASG, where he specializes in working with financial services clients and in special projects which provide strategic intelligence, advisory, and risk management services.

Mr. Auerbach held senior positions at the Center for American Progress and The Century Foundation, where he concentrated on issues related to U.S. Foreign Policy, National Security, and Conflict Resolution. His work has been published in a variety of national and international publications. He has also served as a Visiting Professor at the New School for Social Research, and has taught at the University of Cape Town and Cyprus College. Mr. Auerbach is a term member at the Council on Foreign Relations, a National Security Fellow at the Truman National Security Project, and sits on the board of the Theodore C. Sorensen Center for International Peace and Justice. Through his role as General Partner of Subversive Capital, Mr. Auerbach holds board director seats at numerous start-up companies, with a focus on disruptive companies which face regulatory challenges.

Mr. Auerbach has served as an advisor to the Wargaming departments of both Science Applications International Corporation (SAIC) and the RAND Corporation.

He received an M.A. in International Relations from Columbia University and a B.A. in Critical Theory from the New School for Social Research.

Mr. Auerbach is based in New York City, NY.