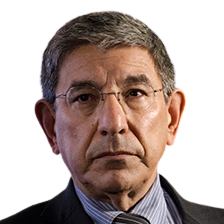 Former ambassador Fried joins ASG after a long and distinguished career of public service in Canada. He was most recently Prime Minister Justin Trudeau’s personal representative for the G20, and previously served as Canada’s Ambassador to the World Trade Organization. In that role he played a key part in multilateral trade negotiations, serving as Chair of the WTO’s General Council in 2014. Mr. Fried was also Canada’s Ambassador to Japan and the Executive Director for the Canadian, Irish, and Caribbean constituency at the International Monetary Fund. Earlier in his career, he served as Senior Foreign Policy Advisor to Prime Minister Paul Martin in Canada’s Privy Council Office, and as Associate Deputy Minister of Foreign Affairs.

Among numerous other roles across the Canadian government focused on foreign affairs and trade, Mr. Fried was Canada’s G7 and G20 finance deputy, Assistant Deputy Minister for Trade, Economic, and Environmental Policy, Director General for Trade Policy, and Chief Counsel for NAFTA. He also led negotiations for China’s WTO accession.

Mr. Fried sits on the board of directors of the Health Standards Association in Ottawa.

He is based in Ottawa, Canada