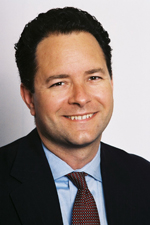 Mr. Bowles served as Secretary of Energy and Environmental Affairs for the Commonwealth of Massachusetts from 2007 to 2011, where he oversaw a landmark restructuring of six agencies with more than 3,000 staff to focus on clean energy commercialization, greenhouse gas reduction, and environmental quality. He also oversaw the enactment and implementation of seven new state laws; pioneered the model of combining energy and environmental agencies that is now being followed by other states and jurisdictions; and set new nation-leading standards.

Previously, he served as Senior Director of Global Environmental Affairs at the National Security Council and as Associate Director of the White House Council on Environmental Quality. In these positions, he played a key role in the Kyoto Protocol process; trade and environmental negotiations; and clean energy development. Earlier in his career, he served as a Legislative Assistant in the U.S. House of Representatives.

Mr. Bowles has also held leadership positions at Conservation International, where he worked on land conservation in more than 20 developing countries. His academic career included posts as Senior Research Fellow at the Belfer Center at Harvard’s Kennedy School of Government and as adjunct member of the teaching faculty at Oxford University.

He has written broadly on energy, environment, conservation, and sustainability in both professional journals such as Science and national publications such a the New York Times.

Mr. Bowles is based in Boston, MA.